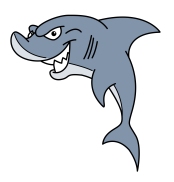 As I stated previously, your audience is somewhere between . . . .

There are steps you can take to help an audience listen to and understand what you are teaching or preaching, to relax and hear what is being said!  Lloyd-Jones recognizes that reality.

Dr. Martyn Lloyd-Jones – “Who Does The Fighting” – Ephesians 6

. . . . conscious of the battle —  conscious of being defeated — We hear this great exhortation —  be strong in the Lord and in the power of his might —

Now, what does that mean? — How does that really help? — What does it tell me to do in reality?
Now that’s that’s the right question to ask — What does it mean exactly?
Well here, unfortunately, I have to start with a negative. Because it’s quite clear surely that — with such a vital matter as this — that the enemy should be particularly anxious to cause confusion — and he has cause confusion — great confusion.

What does this mean — well now there is a popular teaching — it’s been popular now — well for some ninety years almost — it just means this — there is a great trouble with most of us in the Christian life — it is that we will go on struggling so much he says — Be strong in the Lord and in the power of His might.  Which they say means this.    That all we really got to do is to let go and to let God do it for us.

Now that’s the phrase which in so many ways summarizes that teaching —  let go and let God. — It’s all right — or another way they have of putting it — here’s a phrase that’s been repeated and repeated sort of constantly  —  hand it over to the Lord.  It’s not your battle.  It’s His. Hand it over to Him. Another one is this — let him do it for you  — that’s what he’s offering to do.
There’s no need to have any struggle. That’s your mistake. You have gone on struggling and striving, but it’s unnecessary. There’s no need to struggle.  There’s no need to feel any difficulty.
There’s another phrase — it’s quite simple — they say —  quite simple. All you have to do is to stop struggling — hand it over.
Now, this is the teaching which obviously we must consider because it presents itself to us as an exposition of the kind of text we are dealing with this morning.

What is Dr. Lloyd-Jones doing in the beginning part of his message?

My aim is not to get into the various positions on this particular subject, but to point out that you might need to do exactly what Dr. Lloyd-Jones decided to do.

. . . . that merely the recognition of an alternate position, near the actual statement of what might be an “arguable position,” will “relax” an audience.

“I understand that there are those who take the position / believe / hold to a contrary position concerning . . . . and I will address that as I continue.”

“There are many others who love the Lord, and though they might well disagree – I believe that I can demonstrate, from the Scriptures, that the weight of evidence falls on the side which states that . . . .”

Even when speaking to an audience which agrees with the position you are teaching, it may well be to your advantage to take the time to at least recognize a different position(s) and/or to address it at some level.  It will be worth some of your time if for no other reason than to create a greater confidence in the position that both you and the audience already share.

Sorry to say . . . . today is a day when Christians are hearing messages for all different “communication seaports,” littered with a wide variety of theological skippers.  Your audience is picking up more and more of their theological cargo from other docks.

I’ll leave the metaphor there!

Some possible arguable topics of our day (in no particular order). . . .