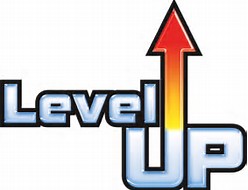 Not Only Direct Application,  Go Up A Level

There are passages which can be easily applied to a speaking situation at hand.  What the passage speaks about fits the nature of the occasion.   The passage can be directly applied with little effort.*  For example . . . .

A Pastoral Ordination & Solomon’s Request For Wisdom: Solomon’s situation could be directly applied to a situation today.  You could directly apply Solomon’s request for wisdom to an ordination service or a church’s installation of a new pastor

And God said to Solomon, Because this was in thine heart, and thou hast not asked riches, wealth, or honour, nor the life of thine enemies, neither yet hast asked long life; but hast asked wisdom and knowledge for thyself, that thou mayest judge my people, over whom I have made thee king — II Chronicles 1:11

A Baby Dedication Service & Hannah’s Dedication of Samuel:  Again, a speaker could directly apply Hannah’s dedication of her son to similar events of our day.  This passage could be used for a Mother’s Day message or for the dedication of children

Therefore also I have lent him to the LORD; as long as he liveth he shall be lent to the LORD. And he worshipped the LORD there. — I Samuel 1:28

However, when a passage is not very parallel to a particular situation or audience —  i.e. someone is not being installed into a position of leadership — or i.e. a time of dedication is not taking place —  a speaker may still try to make it fit.

Sometimes these attempts to identify the passage with the members of the audience or the situation can be a read by the audience as a little elusive, or maybe even quite strained.  The audience might surmise that the passage, as it is being presented, really doesn’t quite fit them or the occasion as directly as the speaker is trying to maintain.

Here are some strained examples:

i.e. “Although Solomon was assuming the leadership of the nation of Israel, we all – like Solomon – will begin a new task someday – a task that we have never done before – and we will need what God gave Solomon.  When we face a new task or responsibility this passage can help us.”

i.e. “David is now being installed as King over Israel.  In one sense as moms and dads, we are all “kings”, ruling and directing over our families — installed by God to lead the family to love and honor the Lord.”

i.e. “The fourth gift to the church is ‘pastor-teacher.’   However, this passage doesn’t only apply to pastors, but it applies to all of us because we all find ourselves teaching others in some context.  We are all in one sense “shepherding” others — purposefully or unknowingly by our words and actions.”

i.e. “We may not be dedicating our children today, in a formal sense, like Hannah, but all of us have good reason to give our children back to the Lord daily.”

Tony Evans pushes the applicational envelop as he talks to a group of men.  Evans is speaking on a passage that is about pastoring and which is addressing specifically the work of Timothy as a pastor.

“Paul wrote his son in the ministry – Timothy – a reasonably young pastor – mid 30’s early 40’s — who was to use our contemporary nomenclature the senior pastor at Ephesus Bible Fellowship. . . . The job of the church – of course – is to instruct everybody, but particularly men . . . .

Evans attempts to identify the men in the audience with this passage which was written to “Timothy”  He is aiming to associate or relate them with a pastor, with a pastoral Shepherd.  You will see that in his statement, “In case you didn’t know it, mister, you are a shepherd  — you’re pastor of a family.”

. . . . the church is to equip men — call men to prayer — it’s also the call men to pastoring — that is shepherding — In case you didn’t know it, mister, you are a shepherd  — you’re a pastor of a family — and every man here who has a family — has been called to pastor —  That’s why a man comes to church.  He comes to church to find out what God has to say so he can transfer it back to his family around the dinner table.  That’s why he comes . . . .  He’s talking about the exercising of authority.  He’s not talking about the use of gifts . . . .  He’s talking about teaching connected to authority, not using of a gift.  He’s talking about a role . . . .  So you have a shepeherding role – let make show how serious your pastoral role is — let me let me read it for you –

Whether or not you think that Evans may be pressing the application of the passage too far, in order to have it fit a situation or audience, that is yours to decide.  I have a high regard for the speaking ability of Dr. Tony Evans and my purpose is not to critique his use of the biblical passage at this time.  My purpose is to illustrate this kind of “situational or listener’s direct applicational rhetorical approach.”

Secondly, my purpose is to delineate an alternate approach.  Rather than ending up “suspect” in the eyes of your audience — having them entertaining the thought that this passage really doesn’t fit them and you probably know it — as you try to make it fit the round hole — there is another way to handle such passages.  You can go to a different level of conception.  Instead of  “awkwardly pressing for some kind of direct application” why not move to a higher level of “principle abstraction.”***

For instance, with Solomon’s request for wisdom why not move up to a different level of analysis and see the broader principle . . . .

#2) Solomon states why he asks for wisdom — (I am young / I know not the ways of a king / these are a great people, your chosen people.)

#3) The reasons all define the situation in which Solomon finds himself.

#4) His understanding of the actual situation he is really in results in him asking for wisdom.

Big Idea: What one asks for from God will be dependent on whether or not he or she understands the situation they are really in — (I know — you shouldn’t end with a preposition).

That Big Idea or principle applies to everybody and does not require moving to some sort of “we-are-all-really-kind-of- a” re-definition for the sake of creating audience inclusion.  List out the parts and pieces of the passage and move to a higher level of thinking as to what is happening.

For instance again, with the account involving Hannah’s request and her dedication of Samuel to the Lord, why not move up to a different level of analysis and see the higher broader principle . . . .

#2) Hannah asks the Lord for a child.

#4) Hannah understands that the birth of Samuel can only be understood as supernatural in his source.

#5) Hannah responds to that by giving him back to the Lord’s work.

Big Idea: Giving is based on our understanding of what we believe to be the source of what we have been given, even when there is a natural element operating.

That Big Idea or principle applies to everybody and does not require moving to some sort of  “audience applicational re-definition” in order to make it apply.  That principle works with singles, couples, those who have had no children, and those who have had many children.

It is a matter of moving to another layer of thought, to a higher or broader conceptual level which encompasses all the facts or details, but pushes beyond the actual situation.

It’s Always About God, Not You: We are up another level in that we have moved away from the battle, and facing overwhelming situations in life, to what is really behind the challenge, the battle.  The issue at stake, and which is stated by David, is God’s name and glory.

“What is this account really all about?  Is it not about whether God’s glory will always be put on display before the eyes of His people and those of this world?  Don’t get all caught up with the details of who and what is happening.  Oh there is a who and what, but the real truth or principle centers around why this passage is even recorded for us — what it is designed to say to us about our God.”

Against All Odds:  We are up at least one more level in that we do not need to get too caught up in the actual details of the account.  We are only looking at the general nature of the account — Israel and/or David facing overwhelming odds.  Again there are many passages which illustrate this broader truth.

“Have you been there?  Facing a situation which said, “No Way!  This is not going to work out.  This is going to have a bad ending.  There is nothing in the situation which speaks of it ending well.  And if you see it naturally, you would be right.  The odds are – humanly – that it should not end well.”

Little versus Great: We are up at least one level in that there are a number of passages which illustrate this same truth, this passage being one of the many.  God uses “the little” in His work.  We are still speaking of Goliath as compared to David and taking time to contrast the little with the great in size, resources, and dialogue.

“Look at all the contrasts in this account which point to “little versus great.”  The size of Goliath is specifically mentioned for a reason.  The dimensions of his spear are included for a reason.  The weight – the metal – the size of his weapons are all mentioned.  The characteristics of his armor are written down for the reader. . . . Now look at the contrast — which is highlighted in the fact that David was not even close to being sufficient to fit in Saul’s armor.  Then it speaks of a sling — 5 stones . . . . It is a picture of little versus great.”

“Have you faced a Goliath in life.  If you haven’t you will one day and it will want to take you out.  Sometimes it comes in the form of an actual person who has power or postion or the resources to do exactly that.  Sometimes it is a financial crisis, or a marital disaster, or family troubles, or an morality or honesty dilemma forced upon your plate. . . . Whatever that Goliath is – it wants to take you out of the race, out of the battle, and put you into “servitude” or “slavery.”

** I am not referring to passages which are dramatically different from what will experience in life, such as . . . .

How we should handle the Scriptures when it comes to these is not what I am referencing at this time.  Typically, with these passages, we use the biblical account as a metaphor for addressing an area of life & living.

What I am presently addressing are attempts to make a passage fit an audience to which it obviously does not fit.  The passage is speaking to pastors, or a specific person such as Solomon the king, or to a priest, prophet, judge, etc.

*** In fact, moving to a higher level of consideration or abstraction is what leads to developing a Big Idea.