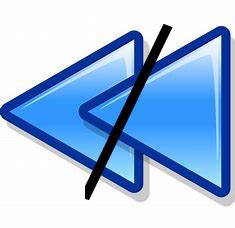 As we stated in the previous article, the art of writing is different from the art of public speaking.*  There are at least three thought-provoking differences between the two, and there are some very practical implications which accompany those differences.

You must do “some things” in the art of writing which you do not have to do when speaking — In writing, you need to describe the tone and stance of a character using words, whereas, in public speaking, the speaker can visually capture the stance and audibly imitate the tones of that character.

. . . THE SPEECH OR MESSAGE WILL JUST CONTINUE TO ROLL ON.

There is no rewind button!  Writer’s have the advantage in that the readers can run the words backward or forward anytime they want.***

Just yesterday I was listening to an mp3 message and was able to and had to “rewind” the tape several times to understand what the speaker was saying.

After the audience breaks out in laughter, we have all probably experienced a situation where someone has leaned over and said, “What did they just say?  I missed what was so funny.”

In fact, the reader can even “walk out” of the “meeting” and put the book on marriage back up on the shelf, barely read.  Note: In a real sense, audience members can and do that as well.  They check out and begin counting ceiling tiles.   However, unlike that with the book — the barely read book may be picked back up another day — that reader maybe be motivated to pick it back up at a time when it seems more relevant to his/her life.

Repetition and Restatement are NECESSARY Components of Public Address in order to . . . .

Repetition and restatement are not as easily captured with the eyes when it is in a linear format  — when it is in a “sentence format.”  It is best to go vertical with a bullet / separate paragraphed / arrowed / or visually differentiated structure within your speaking notes.

Here is a message by Reuben Ewert in a message titled, “Digging Another Well” which repeatedly restates one of his main points, that First of all, we need to know what the Bible says . . . .

Well, the first step is knowledge.

We need to know all what the Bible says

Now lots of us know what the Bible says.

Now, knowledge is important why because if you don’t know what the Bible says

you could live in defeat out of ignorance.

And I find in my counseling many times people don’t even know.

We need to know what the Bible says

So we need to know all what the Bible says

You need to constantly be searching Scripture — to find out what is truth and correct your wrong thinking.

Here Stephen Davey repeatedly drives home the same point — Jesus is the Counselor of Isaiah 9:6 –  who hears/understands and can fix the problems in our lives.  He goes at it different ways using different words!

(Link to Manuscript — or audio clip — or full audio link)

Jesus Christ, the Counselor, has never once had to amend His words or modify His counsel; He has never reversed, adjusted, or altered His guidance.

William Jennings wrote, nearly a hundred years ago, Can we do anything other than fall at His feet and cry adoringly, “In Thy fathomless wisdom Thou art well named Counselor.”

One thing that we all have in common is that we are in need of good advice about something. We try to go to people for advice that we assume do not need advice about the same issue, right?!

Imagine me taking my pickup truck to a mechanic and saying, “Listen, I’ve got this rumbling noise. I’m not talking about the muffler, that’s been loose for three months and I’m ignoring it, it’s something different. Listen.” We go to my truck, start it up, raise the hood, put our heads underneath, and he says, “I hear it too.”

The first step to getting your automobile fixed, and often the hardest step, is for it to mess up in front of the mechanic!

However, what if he were to say, “You know, Stephen, my truck’s been doing the same thing. C’mon over here and listen.”

He then fires up his truck, raises the hood and, indeed, his truck is making the same rumbling sound. He says, “I can’t figure it out. What do you think the problem is?”

“I do not know what the problem is.  I am the one with the problem and I came to you to fix it!”

Do you think I would leave my truck in his hands? Not on your life. If he cannot fix his own truck, he surely cannot fix mine!

Imagine going to a Christian counselor about a difficulty in your marriage and, before you get started, he says, “Listen, before we get to your marriage problems, I’ve got a problem in my relationship with my wife that I need your advice on. Let me tell you about it.”

Would you be interested in going to a counselor who has your problem and cannot seem to fix it?

Jesus Christ is the only Counselor you will ever go to who will never need your advice. Isn’t that a wonderful thought!

For who has known the mind of the Lord, or who became His counselor? Jesus is:

• infinitely wise, so He already knows all the details;

• omnipresent, so He knows all the extenuating circumstances and conditions;

• omniscient, so He knows your need, your heart, your desires, your sin, your difficulty and your own contribution to the problem, and everything else about your situation;

• omnipotent, so He not only gives perfect counsel, but He empowers the counselee to be able to obey His advice.  Human counsel cannot empower. Divine counsel can, not only counsel, but empower you to apply the remedy.

[Note: This is Davey’s Vertical Formatting, not mine]

He is Wonderful. He is Counselor.

** When a speaker gets “theological” or  “technical,” the need for repetition and restatement is even more necessary.

*** The public speaker can correct themselves, immediately.  Writers have to come out with a new or updated edition to change or correct mistakes in spelling or in the wording to best communicate that thought.