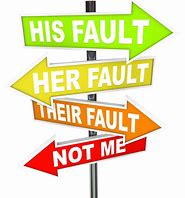 In the early days of mining across the American frontier, a canary was placed in the mine and/or mine shaft as an early warning signal that the odorless gas – methane and/or carbon monoxide – was beginning to fill the work area.  The canary was best suited because instinctively it was well suited to making constant sounds, and biologically it would react by dying when breathing small concentrations of these lethal gases — ending the singing of the canary.

Is possible to build a church with good preaching?  Can a church grow — numerically and personally  — with “a pulpit” which attracts the attention of both believers and those who still need Christ?

What is “the canary in the coal mine” for a local church?

What would signal that something is terribly wrong?

I would like to believe, and I do believe, that a church ministry can grow and will grow with a good preaching ministry.

Of course, a local church can do things which countervail or hinder growth; they can alienate and discourage people from attending through various verbal and non-verbal means.

Of course, a local church can attract a crowd by appealing to other wants, drives, needs, and/or interests beyond the clear preaching of biblical truth.  That reality needs no further proof that what is happening in many a ministry across America.

Nevertheless, people are typically and naturally attracted to a place where a “good meal” is served.  If a local church is not growing broader and deeper, I would look at the preaching ministry!  I would go to the “kitchen” and the “waiters” of the restaurant.

The Rhetoric Of Failure

When a local church is not growing numerically, there is a “rhetoric” which develops to explain what is happening — “the rhetoric of failure.”

It is the kernel of truth which resides in each of these comments that pushes and maybe even convinces some to point outside of the preaching ministry for a lack of growth. If one keeps listening to these lyrics, the canary will be dead, and no one will even notice that the singing has ceased.

No – ABSOLUTELY NO industry would last long in any other area of life if there was a significant and meaningful input of time, energy, and financial resources, with little to no visible numerical growth.  Shut that endeavor down!

Nevertheless, when it comes to the local church, somehow lingering, languishing, dying, and dead churches are propped up by the rhetoric of failure!

The reality is something is terribly wrong.   There is good reason to examine the nature of the pulpit ministry when people — God’s people and others — are uninterested in coming to listen!  Pastors do have a responsibility to continually improve their speaking abilities.

For some local churches, the problem is the meal which is being served.  Who hasn’t invited friends to a local church service and thought (or maybe it was even said to you) “This isn’t going to bring them back.”

Let me say it again, “Preaching is not a rolling commentary on the obvious.”  That would be called “a commentary!”

For some local churches, the reality is that it will not grow because of the weakness of the pulpit ministry and/or the lack of consistency in being effective in teaching and preaching!

For yet other local churches, the reality is that some local churches need to be allowed to die — the canary has been lying on the bottom of the cage for quite a while, and the people are not far behind – or even worse.

The pulpit ministry matters!  It is vital to the numerical growth of a ministry.  The proof is as abundant as the proof that — “the local church can attract a crowd by appealing to other wants, drives, needs, and/or interests beyond the clear preaching of biblical truth.”

The Rhetoric of Depth

While there ought to be some numerical growth which marks a local church, the other side of effective ministry is depth, fruitfulness, personal spiritual growth.

The “rhetoric of fruitfulness” is found in such words as . . . .

HOWEVER, I call it the “rhetoric of depth” because such talk never defines what constitutes “depth.”  How does a church know if there is a spiritual depth which marks God’s people?

If spiritual maturity and depth are happening, there will be a clear change in “priority!”  When maturity takes place, what is important in life will continually change because there is an understanding as to what really matters in life and living!

The canary is or has died when the priority of the people is leaning towards the things of this world and away from the things of God.

The canary is or has died when your preaching does not impact and change the priority of God’s people.

Something is terrible wrong when . . . .

What is “the canary in the coal mine” for a local church?

What would signal that something is terribly wrong?

*”Life for an actual canary in a coal mine could be described in three words: “short but meaningful.” Early coal mines did not feature ventilation systems, so legend has it that miners would bring a caged canary into new coal seams. Canaries are especially sensitive to methane and carbon monoxide, which made them ideal for detecting any dangerous gas build-ups. As long as the bird kept singing, the miners knew their air supply was safe. A dead canary signaled an immediate evacuation.

Even as gas detection technology improved, some mining companies still relied on the canary method well into the 20th century. Other animals were used occasionally, but only the canary had the ability to detect small concentrations of gas and react instinctively.”