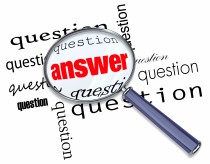 “He could have said to them”

As I was listening to R. C. Sproul preach a message on Luke 24, I was mentally caught by his unique ability to use a question from the narrative passage at hand and drive the impact of the “background events” which are dormantly behind that question.

Here is the lead into this portion of the message (audio link) . . . .

But had he answered that question.  I think the answer would have been something like this.  — The first question — “Are you the only one in Jerusalem that doesn’t know what happened?

He could have said to them, I’m the one person on this planet that understands comprehensively every single thing that has happened in the last few days . . .

or the implied question, “Where in the world have you been?  He could have answered that one with, let me start with Thursday night.”

Sproul takes the question which the disciples ask Jesus on the road to Emmaus and uses it to run a powerful review of the events which had lead up to that day.

However, it is not just that he uses the question to “springboard off” in order to do a review of the last three days of Jesus.  Rather, the question gives Sproul a legitimate opening to do that.

That is, the question would have naturally opened up the possibility for just this kind of answer at the time.  The question could have been answered with exactly what Sproul covers.

We might say, “Had I been there, being asked that question, I can tell you what I would have said in response!”  The question just opens up that natural possibility and gives an obvious opportunity for the speaker to drive home . . . .

Who these two disciples were actually talking to

Who it was they thought to be a stranger!

It is not that one merely jumps back to another portion of Scripture and/or a series of “filler events.”  Rather, it involves a bonified, proper, and consistent move to cover the events which answer the question and which flesh out the answer.

It is outstanding in its logical flow, design and final execution!

A “template” can be created so that a speaker can replicate this rhetorical technique.  Even if one is preaching from a portion of Scripture which far removed from Luke 24, this technique offers a different way to work through a passage based on a question.

Here is the clip’s transcription as well as the link to the audio!

He could have answered that one by saying well let me start Thursday night.

I was with some of my friends and we celebrated the Passover together.

And after that, I went into the darkness to the garden of Gethsemane — on the Mount of Olives — and I prayed so intensely that I was sweating drops of blood — begging my father concerning the mission he had set before me — and when that prayer was finished I went across the brook Kidron

And there in the darkness of the night I was met by a company of soldiers carrying torches and swords and led by a former friend who came up and gave to me the kiss of death.

And they arrested me.

And then they took me into the city

And they shuttled me back and forth between the Jewish authorities and the Roman authorities.

Until finally — I was put on trial before the Roman procurator and after my interrogation, he said to those who are standing by — “I find no fault in him.”

He was about to release me but the screaming crowd began to cry for my blood and they said, “Crucify him.”

and then led out of the city of Jerusalem

outside of Zion to a barren hillside called Golgatha — where I was executed by crucifixion.

That I was not simply executed as a criminal to satisfy bloodthirsty men.

But I was subjected to the unmitigated wrath of God.

Where before his face I was forsaken.

And he placed upon me his holy curse.

And counted me as sin as he placed upon me the sins of my people.

Something that no human being had ever been asked to endure in the history of this world.

And finally … It was finished. And I gave up the ghost commended my soul and my spirit to the care of my father.

And they took me down from the cross

Somebody interceeded on my behalf that.

As God, he promised his servant would not suffer corruption —

I was entrusted into the hands of a secret disciple whose name was Joseph of Arimathea — a wealthy man, who owned a marvelous sepulcher in which I was entombed.

And they took my broken body, and placed it on the ground and wrapped it in grave clothes and anointed me with spices

And there I was a corpse — in the ground.

An early this morning, a cosmic burst of creative power – supernaturally — came upon me  — returned my soul to my body.

My brain waves me began to operate anew.

My heart began to beat and pulsating with blood driving through my veins and arteries.

And by the power of God, I was able to escape from the binding grave cloths that held me there.

And angels came and rolled the stone away.

And I walked out into the dawn – alive.

And where have you been — for the last few days?

But you know it’s far as Luke gives his record — he doesn’t tell us on the of that.

He doesn’t give Jesus answering the question that they raised.

But instead, He rebuked them.

#1) Start with a question which is actually found in the Scriptures.  Here are a few of the 3,300 questions which are reported to be found in the Bible.

i.e., “Who do you say that I am?  There were many answers which would have been just as accurate as Peter’s answer – “The Christ – The Son of the living God.”  It would have been accurate to say . . . .

The Second Person of the Trinity — The Creator of all there is in this world.

The One Whose heel would be bruised, but Who would crush the head of the Serpent

The One who was lifted up in the wilderness and of Whom it was said, Look and Live

The “Angel of the Lord” in the Old Testament, Who talked with Abraham outside of Sodom, was in the Lion’s den with Daniel and was in the fiery furnace with S-M-A.

The Wonderful Counselor — Everlast Father – Prince of peace, the One who was given – the Child who was born

The Babe of Bethlehem prophesized hundreds of years before your day

The One Who Said to Nicodemus, “You must be born again.”

But ultimately and effectually, The Christ, for that is what all those events were pointing toward from creation – to the promised one – to the protector of His people – to the prophesized one – to His birth – to His saving ministry — that is the Christ!  The Son!  The Son of the Living God!

#3) Begin by transiting into the many answers by showing a clear connection.  Sproul does this by saying . . . .

What is the conversation we are having?  Are you the only one in Jerusalem that doesn’t know what happened? He could have said to them, I’m the one person on this planet that understands comprehensively every single thing that has happened in the last few days . . .  or the implied question, “Where in the world have you been?  He could have answered that one with, “Let me start with Thursday night.”

In my example, using a shorter transition, state, “There were many answers which would have been just as accurate as Peter’s answer – “The Christ – The Son of the living God.”  It would have been accurate to say . . . .”

#4) The answers need to be short statements which drive the point you are making via the question being asked.

#5) Reconnect it all back to the original question — as Sproul did when he said, “And where have you been for the last few days?”