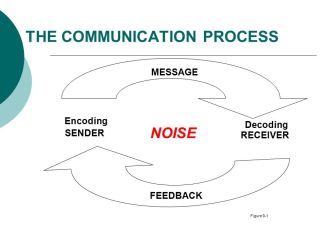 Feel The Weight Of Communication!

#2) Using A Complex Medium To Speak About Great Truths

“For in many things we offend all. If any man offend not in word, the same is a perfect man, and able also to bridle the whole body.Be no many teachers” — James 3:2

We could multiply the Scriptural citations concerning speech and its difficulties and dangers.

√ Merely read the book of Proverbs about the nature and dangers of the tongue.

√ Then go through the pages of Scripture and read the words spoken by various characters and see the power, danger, trouble, misunderstandings, damage, etc. of words!

√ Add to that, the words of the Lord himself, and grasp the power and life-changing nature of words and the Word.

Not only does the Bible state that communication is a complex medium, anyone who has spent any amount of time in the world of public speaking or preaching understands the complexity of communication.

Even some of the most simple forms of communication are at times seen to be more complex than we had imagined.  The words expressed. . . .

Knowing what you are speaking about is primary, but it is not sufficient in order to be a good communicator.

Do not operate under the fallacy that because you have uttered the words, that therefore the message has been heard, understood, or felt.

Knowing what it says is necessary, but it is not sufficient!

For if the trumpet give an uncertain sound, who shall prepare himself to the battle? — I Corinthians 14:8

The message sent out may not be the same message which is received and/or interpreted because communication involves . . . .

Those who spend their lives in the world of words must

developing the skill of communication

if they are going to be effective in proclaiming truth.*

Sometimes, those who are operating a “hot dog stand” work harder at it than those who are in the ministry handling the message which affects the eternity of men and women’s souls.

“If we find ourselves with a desire that nothing in this world can satisfy, the most probable explanation is that we were made for another world.”

“I am trying here to prevent anyone saying the really foolish thing that people often say about Him: I’m ready to accept Jesus as a great moral teacher, but I don’t accept his claim to be God. That is the one thing we must not say. A man who was merely a man and said the sort of things Jesus said would not be a great moral teacher. He would either be a lunatic — on the level with the man who says he is a poached egg — or else he would be the Devil of Hell. You must make your choice. Either this man was, and is, the Son of God, or else a madman or something worse. You can shut him up for a fool, you can spit at him and kill him as a demon, or you can fall at his feet and call him Lord and God, but let us not come with any patronizing nonsense about his being a great human teacher. He has not left that open to us. He did not intend to.”