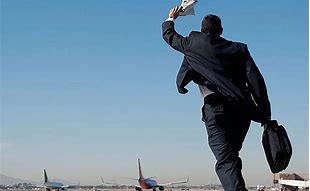 Trying To Make It Clear

Over 36 years, on the first Sunday of every month, along with Easter, Christmas, Thanksgiving, and other events which brought expected visitors I preached a message that was a distinct Gospel message.

If someone came those days, or if a member of FBC wanted a loved one or friend to hear what it meant to be saved, a Gospel message could be heard those days.  The other Bible series which were preached during the regular services of the church were laid out in a yearly calendar, set up and published in January of that year.

There were not more than a dozen times in thirty-six years when an invitation was given, and one or more people raised his/her hand and/or came forward to profess Christ as his or her Saviour.  There never was an Annual Christmas or Easter Musical Drama when the Gospel was preached, and several people did not profess Christ as their Saviour for the first time in their life.

While the Gospel was preached regularly the first Sunday of every month, that did not mean that the Gospel was not preached even on some Wednesday evening, Sunday evenings, Adult Sunday School, or even while I was in the midst of a regular established series.  I did — because I would see guests of our members present which I either knew or well surmised did not know Christ as their personal Saviour, and I would maneuver my way to Gospel content.   There were a number of times which I can recall where I did exactly that.  In fact, it was not unusual for there to be people, who needed to call on Christ as their Saviour, who regularly attended the Wednesday Bible study time.

√ inviting others to the hear the Gospel.  At times (and even today) I was amazed that there was someone who came, heard the Gospel, and professed Christ time and time again — month after month — musical drama after musical drama!

Two of those illustrations have already been provided (link1  link2).

Here is another one, taken from a message preached at an Easter Musical Drama in 1992.  It is designed to illustrate “Falling Short.”  The transcription is followed by the audio clip link.

If you could get to heaven any other way He would have stayed there and said go to church every week.

and if you give enough money — you’ll get to heaven

and if you’re a Baptist

He could’ve said those things if He wanted to

You need a savior

Let me illustrate what it means to come short — imagine this . . . .

We decided we’re going to take a vacation to Israel.

And here I go running into the airport 6:01 and I’m running down the concourse — looking out the window and I see the airliner just taking off — Israeli airlines — El Al

I said my wife, “How are we going to explain this to the church that we didn’t even make our flight?”

And we go get a cup of coffee — and I looked down the concourse — about a half hour later — as we were ready to leave the airport — discouraged!

He’s a half hour late.

He looks at me and I look at him

and I say, “Boy you really missed it. You’re a half hour late.”

He says, “Well it looks like you missed it isn’t too — didn’t you?

See – Listen, the point is this “for all have sinned and come short.”

Some can miss it by a minute

Some can miss it by thirty minutes

It doesn’t matter — there goes the plane

but they’re going to miss it because they’re still sinners and they need a savior and they never called upon Jesus as their Savior.

That’s right. And we better. Because we’re talking about your soul.

Some people are going to miss it completely.

But you know what — at the end — there goes the plane.

You’re a sinner and you need a savior

Tell me — if you can say tonight, “Pastor Martens I have never sinned in my life” — you’re a perfect candidate for heaven then — if that’s true — but you just lied probably.