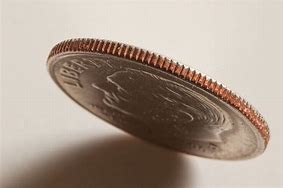 Think About It From The Opposing Vantage

It has often been said, “There are two sides of a coin,” meaning that there are two ways to look at, understand, explain, or “vantage” something.

That lends itself to understanding a rhetorical technique.  For instance, there are times when a speaker can render a personal vantage or application to a particular truth or principle . . . .

“Have you felt the pain of loneliness?  Were there times you just wished that someone knew or understood the isolation you were feeling at the time? . . . . .”

“As Jesus indicates, there will be times when God’s people will experience hardship or ill-treatment because they seek to live a godly life. That is part and parcel of you being a believer. . . “

“Have you been hurt, maligned, slandered . . . . However, there is another side to this truth.  Maybe you are the one who has hurt, maligned, or slandered another.  Rather than thinking about a time when you were affected by such behavior, maybe you were the doer of such. “

“As Jesus indicates, there will be times when God’s people will experience hardship or ill-treatment because they seek to live a godly life.  That is part and parcel of you being a believer. . .   Nevertheless, it is possible that you were not on the receiving end of ill-treatment, but on the giving end.  Someone else’s godliness convicted your living and/or lifestyle, and you were harsh and unloving.  Maybe you were not the offended, but the offender . . . . “

Here is another example of “Flipping The Coin.”  You are expecting Ortberg to speak about the anger of blacks in Montgomery, Alabama, and instead, he surprisingly speaks about it from an opposing perspective!

(The audio clip begins slightly before the transcript which begins @ 23:41)

The sin was not that there black people in Montgomery, Alabama, that got angry at this.

The sin was — that there were white people who did not get angry.

there were white Christians who did not get angry.

Ortberg exemplifies this technique when he suddenly flips from . . . .

the blacks who had reason to be angry, to the white Christians who did not get angry!

those blacks who knew and experienced the injustice

others who also “knew” and were unmoved!

those who were not angry and should have been!

This rhetorical technique can be found in Scripture . . . .

suffering because of your own faults    vs.     suffering when ye do well

i.e., “Let flip the coin from the offended to the offenders.  You see, you may be sitting hear an looking at what the Scriptures say and teach about slander and gossip — and you may be calling up an occasion when you were slandered or the subject of gossip and recalling that hurt or anger or resentment.

“Anytime you prepare or preach a message, you have to “flip the coin” in your time of Bible study.  I may not adequately realize that some who are listening to me may be saying — “That is you, Pastor!”

What upsets, frustrates, angers you or me — may be what we ourselves are doing — We may be “the done to,” but we may also be “the doers.”  Maybe, what I have been talking about — is me, not only them.  The “them” is always so much “clearer” to every one of us!

Perhaps what I am seeking to address in this message is really what I have been doing, but cannot see it.   We are all limited in seeing in ourselves what is “so clearly seen in others” — real or imagined!

Instead of recalling the hurt, or anger, or frustration which I can so easily identify with, is also what I myself have been guilty of — and I need to question — “Is it I?”

That is true of pastors, and that is equally true of God’s people!  We need to flip the coin when we feel hurt, anger, or frustration — when we believe that we have been offended, or marginalized, or disrespected — real or imagined — “Is it actually me?  Do I do that?”

Mental Templates:  There are words and phrases which can help our minds think about the other side of the coin.

√ you who are listening vs. others who aren’t hearing this message

√ believers such as ourselves vs. unbelievers

√ the affected vs. the unaffected

the superficial vs. the thoughtful

the fictional vs. the realistic

the idealistic vs. the actual

the theoretical vs. the practical

the temptation vs. the end / consequences

This rhetorical technique may be used serendipitously, but add it to your mental rhetorical tool chest so that you consider intentionally selecting this technique when you develop content and/or drive a truth or principle a different direction in your application.