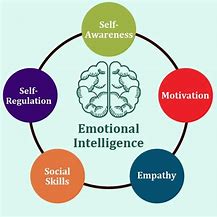 Historically, one of the three classical areas for the application of rhetorical theory was understood to be . . . .

Recently, I was talking to my son about a fledgling law firm, started by a single person, has grown to become a powerhouse among those who are in deep legal mud and are looking for a firm who has had a consistent record for winning.

I ask Matthew, “What makes her so effective?”  His answer was, “Not only is she great when it comes to the law and legal argument, but she has great ‘emotional intelligence.'”  She can connect with a jury.  She has intrapersonal intelligence.

Part of public speaking is “audience analysis.”  That concept is just as relevant in the discipline of homiletics or pulpit speech.  What pastor does not take into account who the audience is.

During my church ministry years, we began a second Sunday morning service which met in the original church building — holding about 100 people.  In attendance, it ran from about 40 – 90 people.  It was primarily marked by “Empty Nesters,” Seniors,” and “Older Young Believers.”

That was different than the standard “Sunday Morning Worship Service.”   This service took place in a large main auditorium and attendance far exceeded that of our early “Morning Perk” service.  It was marked by a broad span of age groups, racial mix, spiritual maturity, marital status, and solid Bible believers-to-new believers-to-nonChristians, socio-economic status, and most all overwhelmingly from New Jersey (Got a problem with that!).

We “always” had a great mid-week attendance — 200-300! There was a reason for that, and part of the reason involved understanding where people are “coming from” and where they are “coming from.”

They are “coming from” a day secular work after three days since the Sunday services.

They are “coming from” the world and are looking for a reasonably good meal which they can just sit back and enjoy**.

They are “coming from” a day of working eight, ten, or twelve hours.

They are “coming from” a level of “interactive comfortability” which can be vastly different — “mature-to-new-believers-to-non-believers.”***

They are not “coming from” where you as a pastor are coming from!

If you don’t get it, if you don’t grasp where they are “coming from”, you may end up speaking to a negligible group of believers who compose the small underlying core of church members and attendees.*

¤ “Interpersonal intelligence” is not “academic smarts.”

¤ “Interpersonal intelligence” may be more valuable than academic IQ.

¤ It may be that some of the most effective speakers, preachers, and local church ministries are marked by a leader’s “emotional intelligence.”  The pastor-speaker really understands people.  He has interpersonal intelligence!

Part of speaking and preaching is knowing who you are speaking to — interpersonal intelligence.  Unfortunately, some may respond with the typical pastoral platitudes, “the rhetoric of failure!”

I am certain that there are a lot of people who think that way.  I have listened to many who have that kind of thinking.  You will be part of an already too large of a group of speakers-teachers-pastors who hide behind that element of truth which resides in many of the above statements.

To those who know that they can do better and that a person’s speaking abilities can be improved, put yourself in the seat of your listeners!  Develop some emotional intelligence!

* Over the 36 years of local church ministry, I thoroughly loved and enjoyed the Mid-week service because of the different flavor the Bible study time evolved into, which was partially due to those who attended.  It was a much more “light,” biblically themed, practically aimed, participatory service with a “spiritually mixed” (believers and non-believers) attendance.  The robust attendance repeatedly confirmed those elements.

** “Enjoying” a biblical message does not have to mean that it is less “biblical.”  It does mean that it does not need to be “hard-hitting.”  There is nothing wrong with hearing a message that just speaks to life and living!

*** We expected new and non-believers to be attending our mid-week service.  Therefore, during any time of prayer, we never put anyone in an uncomfortable situation.  To do that we varied the approach to prayer (pre-selected individuals, pastor and deacons, pastor only, a deacon or two, stand and give one request for all to pray about, list out prayers on a white-board, silent prayer time, etc.).

. . . . not comfortable publicly praying.  Don’t be surprised, no less critical, when you don’t understand your audience!

P.S.  Establishing a “Small Groups” approach to ministry ought to be thought through from an emotional intelligence perspective.  It is counter-intuitive to believe that people gravitate to that approach of ministry.

See “Preaching with Cultural Intelligence,” by Matthew D. Kim, For a unique and interesting vantage on Preaching.