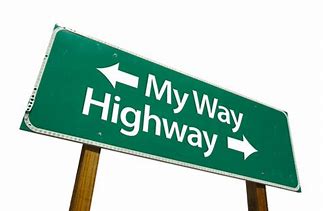 How To Say That Non-Verbally.

This three-part series began after reading an article by Mark Dance.   Indeed there are words which you ought never to say to a spouse, your boss, your children, before a judge,

However, as I stated, I would like you to go a different direction than was taken by Mark Dance.  The six things a pastor should not say . . . .

were not necessarily connected to what was said in an actual sermon.  Dance highlighted six areas which are “things a preacher might say” which are extraneous to the actual biblical sermon.

were all examples of what ought to be avoided “verbally” — actually saying this-or-that.

However, as I stated, I would like you to go a different direction than was taken by Mark Dance.

what may well be communicated in and through a sermon

what may be communicated non-verbally — “said” though never said in word.

speaks as loud as the verbal.

may speak louder than the verbal!?

is as bona fide a message as the verbal

can do as much damage as the verbal

may do more damage because a speaker may not be able to correct or address it if he is unaware, ignores, or does not grasp what he has just “said”

is too often ignored by pastors, to their own willful detriment.

My Way Or The Highway

As a leader of a ministry, you are the one who has to answer for the effectiveness of that ministry.  When the church is not being effective, growing in number, getting stronger in its depth, not seeing individuals come to know Jesus, waning in its attendance, struggling with its finances, etc. — the buck stops at the pastor’s desk!

If the buck stops with the pastor-pilot, we as pastors would at least like to be the ones who steer the ship and not be the ones who answer for the poor direction and decisions of others!  I understand that – and more!

First of all, it is not “either-or” — It is not steer the ship your way or steer the ship the way others want you to steer.  It is possible to be responsible and held accountable for steering the ship and also understand that there are other sea lanes that are just as good as those you are most comfortable with.

There is a natural willingness of God’s people to allow leaders to lead.  It is not that pastors do not carry a lot of influence and sway!  Pastors do, just by their position as pastor are given a great deal of deference in the decisions which guide a local church ministry.  That is necessary and it is a valuable asset!  The desire of God’s people is to regard that pastoral position . . . .

Unless a pastor has already sunk the ship because of his non-verbal communication.

Unless a pastor has already sunk the ship because he has communicated, non-verbally, that . . . .”It’s my way or the highway.”

How do leaders or pastors communicate, non-verbally, that they want their way?

I am only going to mention a few non-verbal ways that this message is sent and heard by your listeners.  If you want a more extensive list, possible additional ones are included in the note area.*

Both lists are not in any way exhaustive, or close to exhaustive.  They are suggestive.  It might help get the mind thinking about what non-verbal communication looks like to those “listening.”

Those non-verbal message — and others — are heard much more loud and clear than pastors understand!  Over time God’s people “get it” because over-time it is repeatedly “spoken and heard.”  Over time, it becomes more and more “heard” that the Pastor gets what he wants, not so much what we are interested in as a local church.

Over time, this message will sink the ship.  “Sinking” may not mean moving from church to church (though that is an indicator).  Sometimes “sinking” means a ministry that is just ineffective, complacent, cruising with no direction because leadership is lost.

Please note that the blame is often laid on the shoulders of the congregation who wants to follow the leadership of the pastor, were it not for his repeated message that he is far more selfish than he grasps.

If seen and/or caught in time, there will be a lot of pumping that needs to take place to get the ship navigating again!

I remember being at an annual budget meeting consisting of a small number of selected committee members of the church.  The members of that committee were nominated and elected yearly by the church membership (note: Open nominations in and of itself “speaks” a non-verbal message to the membership).

Also, if you were a designed constitutional officer of the church — For instances, if you were the treasurer, financial secretary, or Sunday School Superintendent that year — you were also automatically part of that committee (That also “speaks” a non-verbal message to the membership).

A month before the actual meeting, various ministry leaders — around 20 or more — were all asked to tell the budget committee what was happening in their ministry and a suggested budgeted dollar amount which would help them in the coming years.  All those reports went to every member of the budget committee, were seriously considered, discussed, and affected the final numbers of the upcoming year’s budget (That also “speaks” a non-verbal message to those ministry leaders).

I also remember repeatedly saying, we need to put more money into this-or-that area of church ministry (i.e. the annual golf outing, or the food budget for the youth ministry, or the ladies ministry for helping ladies, inside and outside of the ministry, attend this-or-that event, or for youth scholarships for snow camp, etc.).

Not one of those ministries affected me, our family, our children.  They were all unconnected to me and unconnected with the directions which might have been seen as my ministry thinking — the sea lane I was interested in taking .  I would like to believe that it “spoke” a non-verbal message to the members who were present!**

[p.s. —  For instance — I have no interest in golf — then or now (Sorry — Don’t let that get in the way of the point I am making).  Nevertheless, I pushed to increase the budget for the annual golf outing so that the leader could offer more options and opportunities when setting the annual golf ministry in the coming year!  Because it is and was right to be as concerned and excited about what that ministry leader was excited and concerned about as it was something I might be interested in.]

Likewise, a pastor or teacher can communicate, non-verbally, in a sermon, that the church is about what he sees as important and wants to see done, by . . . .

how he refers to other possible “sea lanes” in a message

how he refers to past ministry “oarsmen-oarswomen,” who disagreed or agreed on/about ______

whether and how he communicates that he values or does not value the input of others — as to direction, weather, timing, storms, the crew, the cargo, etc.

It is the non-verbal message which travels along with the content of the sermon!

The pastor does not say, “It’s my way or the highway.”  Nevertheless, that is the message which is being “spoken” and “heard” by the listeners and when he “speaks.”

If you think that God’s people don’t hear that message, communicated, non-verbally, AND REPEATEDLY – you would be sorely mistaken.

The Flow & Course Of Discussion

The Health Of Relationships

** Been there and fought against this non-verbal message in ministry!  I would like to believe that I valued those who disagreed with my vantage and sought to have them represented on the boards and leadership positions of the church.  I valued discussion, disagreement, differences of vantage, and “debate.”

I am certain that there were many times during which I failed and/or that I should have been more careful in how I went about things to affirm the value and worth of all and every member of the church — in agreement or disagreement with me.