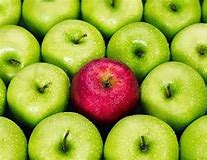 It always causes me to chuckle when I hear him say “maybe!”  There is an advertisement about Liberty Insurance* which illustrates the power of the word “maybe.” As I was watching it again in recent days, I thought about its application to public speaking.

The main character is a young man who has had a flat tire late at night and is on the phone with his dad — “Yea, dad I know what a lug wrench is!”  He then covers the phone with his hand and asks his friend stationed besides the car a short distance away, “Do we have a lug wrench?”  The young man’s friend is holding a tool in his hand, shaking his head “yes,” while answering with the word “maybe!”

That could be where a speaker’s audience is when listening — “Maybe!”  Maybe they agree, BUT what about the exceptions?

Anyone who has spoken over a period of time and/or has preached for years realizes by now that the audience does not always “buy into” what is being said.

When it comes to public speaking situations, typically the audience doesn’t know the speaker very well or at all.  Therefore there is an “ethos gap” which exists.  The credibility of the speaker is uncertain and the audience is listening tentatively.  That “gap” may be shortened by an “audience introduction” which presents the background and credentials of that speaker.

In the case with preaching, the situation usually involves a “serial speaker” and a “serial audience.”  The audience knows the speaker and has listened to him speak for some period of time.  There is also an acceptance of biblical inspiration — the belief that the Scriptures are the sure and certain words of God.  So why would the audience not “buy into” what is being preached?

Now, it is not that the audience does not hold the Scriptures in high regard, but that they may not — and I would maintain, do not — be certain as to the pastor’s interpretation, understanding, and/or application of that selected portion of Scripture.  Who has not listened to a message by another preacher or layman and has not mentally questioned what was being said?  We are all “Bereans” in heart, if not in the flesh.

In preaching, it may be wise to address some possible exceptions.  A valuable statement to put into one’s rhetorical tool belt is . . . .

Do not let the exceptions to any biblical principle become a tool by which Satan tempts you to disregard the truth of that principle of Scripture.

Now, as to exceptions . . . . Of course there are exceptions which an audience may well call up because there are cross-currents running throughout the pages of Scripture.  What promise, truth, or principle is not balanced by another or multiple truths and/or principles.  Outside of the sure and certain statements as to Who God is — He is faithful / God is holy / The Lord Is omniscient — the truths and principles of Scripture are designed to intersect with other truths and principles which are built into His world.

There are natural LAWS which intersect each other, without changing the operation of this-or-that other law — i.e. Gravity & Lift

Likewise, there are spiritual LAWS, TRUTHS, and PRINCIPLES which operate in tandem.  That “tandem” existence of biblical principles produces hybrids, variations, “exceptions.”**

The way of the transgressor is hard!  However, there are rich transgressors and poor transgressors.  Money can get you out of a lot of trouble, “hard situations.”  Riches are a high wall of protection.  God help you if you are a “poor” transgressor! — because the way is far harder than the rich counterpart.

The intersection of biblical truths happens with any promise of Scripture — i.e.  prayer: pray, but pray without wavering because wavering changes the outcome / or I believe, but help my unbelief.

Part of public speaking revolves around . . . .

As you prepare a speech or message, ask yourself, “What is the “push back” to this passage — my understanding as to what it is teaching, or the ways I apply it?”

Think Ahead of the Audience

Just MAYBE they are not on board — yet

may be a function of your ability to think like them!

* The Liberty Mutual advertisement could form a useful illustration for an introduction, main point, or conclusion of a message.

** For a fuller discussion and illustration of this concept, check out the article on “Proverbs” which was published in the Baptist Bulletin two years ago.

P.S.  There are even “exceptions” when it comes to church growth.  Church growth is not a sure mark of good-to-great exposition of Scripture  or — Great “expository” preaching does not always grow a church since other dynamics are also in play.