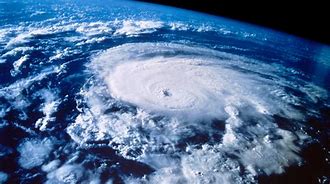 September 9, 1900, marks the date of what is called, “The Great Galveston Storm.”

An Unmatched Disaster: It is the deadliest disaster in history as measured by the number of lives lost — between 6,000 and 12,000 lives lost.  The most common number is 8,000.  A greater disaster than Katrina!

Galveston was founded in 1839.

Galveston was the fourth largest municipality in the state of Texas, with the highest per capita income across the United States, at the time.

Before 1900, the city of Galveston had weathered numerous storms before and had experienced little damage.

In 1891, Isaac Cline wrote an article in the Galveston Daily News — the oldest newspaper in the United States and still published today as the “Daily News” —  arguing that a seawall was not needed to protect the city in case of a severe storm.

In fact, not only was a seawall not built, but large quantities of sand were excavated from the shorelines to help with building throughout the city.

In 1900, the highest elevation in the city was just under 9 feet.

In 1900, the only reports concerning coming storms were by physical observation.  There were no satellites or “Storm Track 7” reports.  The local weather forecast was the result of skillful observation and known weather patterns — cloud formations, the direction of the wind, humidity (bad hair days), the movement of ocean and lake waters, animal behavior, and even aching bones.

Knowledge of a coming storm was usually the result of “Ship Reports.”   If a major storm was brewing, an arriving ship into port would be the typical means of knowing that a hurricane was on its way.

The “Marconi wireless” was in its infancy and was not yet employed aboard ships.

Note: In 1899, the Marconi wireless telegraph was used for the first time to send a message across the English channel.  In 1901, the first transatlantic message was sent.  By 1913, it was in full use and was one of the means that the Titanic communicated to Europe and the United States.

Saturday, September 1st — The U.S. Weather Bureau reported a “storm of moderate intensity” around and about Cuba.

Monday, September 3rd  — It made landfall on the island of Cuba.

Tuesday, September 4th — Galveston received reports from the National Weather Bureau of Washington, D.C., that the storm had moved over Cuba.

Wednesday, September 5th — It was in the “Florida Straits” and designated as a tropical storm.

The storm was expected to turn and travel northeast — to which the Cuban weather service strongly disagreed.  That expectation was even officially broadcast — “. . . . the official government reports stated, wrongly, that the storm was traveling northeast in the Atlantic.”

A high pressure had kept the storm in the Gulf of Mexico.

Thursday, September 6th — The “Louisiana,” navigated by Captain Halsey, reported that he had confronted the hurricane as he left New Orleans, and believed that the wind speeds were around 100 mph — Category 2.

Friday, September 7th — The U.S. Weather Bureau reported heavy damage along Lousiana and Missippi.  Storm warnings were issued from the Florida Panhandle to the Texas Coast.

Sunday, September 9th — The Category 4 hurricane made landfall, with its eye passing a little west of Galveston, Texas.

The storm surge reached 15 feet above sea level and inundated the whole city.

The winds were recorded at 100 mph until the anemometer was blown off the building.

Approximately 8,000 people were found dead — 20 percent of the population.

“The dead bodies were so numerous that burying all of them was impossible. The dead were initially weighted down on barges and dumped at sea, but when the gulf currents washed many of the bodies back onto the beach, a new solution was needed. Funeral pyres were set up on the beaches, or wherever dead bodies were found, and burned day and night for several weeks after the storm. The authorities passed out free whiskey to sustain the distraught men conscripted for the gruesome work of collecting and burning the dead. More people were killed in this single storm than the total of those killed in all the tropical cyclones that have struck the United States since. This count is greater than 300 cyclones, as of 2009. The Galveston Hurricane of 1900 remains the deadliest natural disaster in U.S. history.”

“First news from Galveston just received by train which could get no closer to the bay shore than six miles where the prairie was strewn with debris and dead bodies.  About 200 corpses counted from the train.  Lard steamship stranded two miles inland.  Nothing could be seen of Galveston.  Lost of life and property undoubtedly most appalling.  Weather clear and bright here with gentle southeast wind. “ — G. L. Vaughan, Manager of Western Union in Houston, in a telegram to the Chris of the U.S. Weather Bureau on the day after the hurricane. — from “The Galveston Hurricane of 1900″ by Charles River.

On the afternoon of September 8, 1900, two-hundred-mile-per-hour winds and fifteen-foot waves slammed into Galveston, the booming port city on Texas’s Gulf Coast. By dawn the next day, the city that hours earlier had stood as a symbol of America’s growth and expansion was now gone. Shattered, grief-stricken survivors emerged to witness a level of destruction never before seen: Eight thousand corpses littered the streets and were buried under the massive wreckage. Rushing water had lifted buildings from their foundations, smashing them into pieces, while wind gusts had upended steel girders and trestles, driving them through house walls and into sidewalks. No race or class was spared its wrath. In less than twenty-four hours, a single storm had destroyed a major American metropolis—and awakened a nation to the terrifying power of nature. — (back cover)

Knowledge matters — “for we know.”
Knowledge of a pending disaster makes all the difference.
Knowledge can  – might – should make all the difference.
Today, take cover while there is still time.
No ability to make any preparation for a pending tragic disaster
Today, we can be warned.
The value of warning systems
Men’s evaluations and/or decisions are flawed.
A coming world-wide apocalypse / judgement
What was Noah’s flood like in light of this comparative disaster?
At times, there are limited avenues for knowing what’s ahead.
There are men who will assure you, Everything is okay.
Unknown trouble ahead
Who knew?
There is no “marconi” to warn you about . . . . but there is the Bible.
The Bible is our warning system with reports from those who were in the storm.
They all had plans!
It was a Reasonable Argument!
No tongue can tell the truth of this tragedy!

“Weather Bureau director Willis Moore (Chief of the U.S. Weather Bureau) implemented a policy to block telegraph reports from Cuban meteorologists at the Belen Observatory in Havana – considered one of the most advanced meteorological institutions in the world at the time – due to tensions remaining in the aftermath of the Spanish–American War.”  — Note: Willis was Chief from 1895 to 1913 when he was dismissed as the Chief by Woodrow Wilson.

“The Galveston Hurricane of 1900: The Deadliest Natural Disaster in American History” — by Charles River.

One thought on “Today’s Illustration: Galveston”