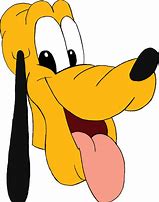 No, Not That Pluto!

March 13, 1940 — The New York Times announced, with a flourish, the discovery of Pluto:

“In the little cluster of orbs which scampers across the sidereal abyss under the name of the solar system there are, be it known, nine instead of a mere eight, worlds.”

Pluto discovered 84 years after the discovery of the planet Uranus.

Pluto was originally postulated because of the gravitational pull which was unaccounted for — unless there was another planet present in the area, and of the approximate size of what was to yet be discovered — the planet Pluto.

“Astronomers noticed that the orbits of Neptune and Uranus were being affected by the gravity of an unknown object in the Solar System.”

“Not long after its discovery in 1781, the new planet Uranus was found to have strange movements that could only be attributed to another body. Neptune’s discovery in 1846 somewhat accounted for the orbit, but there were still discrepancies that led scientists to conclude yet another planet existed.” — space.com

It was discovered by a self-taught astronomer — Clyde Tombaugh at the Lowell Observatory in New Mexico.

The Lowell Observatory had the initial right to name the new planet.

Over 1,000 suggestions came in from around the world.

The name Pluto was suggested by Venetia Burney who was 11 years old student who lived in Oxford England.

“Pluto” was named after the mythical god of the underworld.

Pluto takes over six earth days to rotate (spin on its axis) to complete one day.

Pluto travels once around the sun — or orbits the sun — every 248 earth years.

The tilt of Pluto on its axis is 120 degrees – making the seasons extreme (the earth is tilted at 23.5 degrees)

Pluto has a surface area of about that of Russia.

Because Pluto did not clear “the neighborhood around its orbit” — that is, it resides in and around the Kuiper Belt which is filled with other objects.

There are some scientists who disagree with the demotion of Pluto . . . . .

“Not everyone was onboard with the change though. Planetary scientists Philip Metzger and Alan Stern – key figures on the New Horizons mission, which gave us our closest look at Pluto in 2015 – have long argued that the definition doesn’t fit.

“It’s a sloppy definition,” says Metzger, lead author of the new study. “They didn’t say what they meant by clearing their orbit. If you take that literally, then there are no planets, because no planet clears its orbit.” — new atlas

• scientific certainty?
• celestial demotion
• are your sure
• education
• evolutionary theory
• science
• suspected because of gravitational pull on other planets
• the variety in creation
• That would be a long day!
• redefinition by changing the criteria
• consensus in science
• another world
• don’t be so quick to believe all you are taught

That is what I learned as a child in my public school educational experience.  That was established as scientific fact!  If one of the students in the class would have ever questioned that there were nine planets in our solar system, or if he/she had answered a question on a test relating to these established nine planets in some other way than as was taught — it would have been considered a wrong answer at best and a foolish-unlearned answer at worse.

I wonder what other so-called scientific certainties are being taught which will be questioned today, though taught as fact yesterday? . . . . . “

“On the front page of — March 13, 1940 — The New York Times announced, with a flourish, the discovery of Pluto: “In the little cluster of orbs which scampers across the sidereal abyss under the name of the solar system there are, be it known, nine instead of a mere eight, worlds.”

Inside the paper, another article suggested that the planet was “possibly larger than Jupiter and four billion miles away.” As we now know, Pluto’s distance from Earth ranges from 2.6 to 4.6 billion miles, and Jupiter is roughly 63 times as wide.

It was originally known only as Planet X, but The Times called it Pluto for the first time on May 25, 1930, when the Lowell Observatory in Flagstaff, Ariz., made the official announcement of the new name.

Many astronomers were involved in theorizing about the new planet, but it was a low-level assistant at the observatory, Clyde W. Tombaugh, who actually found it on a photographic plate.

Tombaugh was a self-effacing man from a farm in Kansas and a feature writer’s dream. A reporter quoted him on March 15, 1930: “You know I’m not a real astronomer. Guess you couldn’t call me one at all.” And then, even more down home, “I guess my kid sister sized me up right in the high school prophecy at Burdett, Kan., for she had me discovering a new world.”

Unimpressed with store-bought telescopes, Tombaugh constructed his first telescope at the age of 20, grinding the mirrors himself. Over the course of his life, he would build more than 30 telescopes.

In 1928, he put together a 23-centimeter reflector out of the crankshaft of a 1910 Buick and parts from a cream separator. Using this telescope, young Clyde made detailed observations of Jupiter and Mars, which he sent to Lowell Observatory in hopes of garnering feedback from professional astronomers.

Instead of receiving constructive criticism, Tombaugh was instead offered a position at the observatory. The staff had been searching for an amateur astronomer to operate their new photographic telescope in search of, among other things, the mysterious Planet X.

The New Horizons mission carries some of Tombaugh’s ashes on board as it travels to Pluto and beyond.