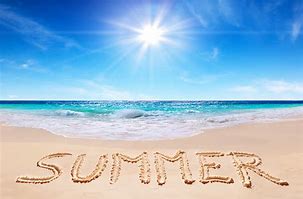 After hearing an interesting discussion and enjoying the way the point was made by the guest speaker, I decided to write about another “rhetorical” technique which came out of that discussion.

Let me briefly lay out the discussion which was taking place, point out the technique, and then illustrate how it can be used over and over in completely different contextual speaking situations.

The Topic: The topic of the discussion was “Gap Years” — taking off a year between high school and the first year of college.  The topic came to the forefront because a Princeton University was paying students for that “gap year” — see links below.

A gap year, also known as a sabbatical year, is typically a year-long break between high school and college/university. During the gap year a student normally travels or maintains some type of regular work. Students who take gap years typically undergo a growth in maturity and are better prepared to benefit from higher education or decide the form of education they wish to pursue. Students can also take gap years after graduating from undergraduate study and before entry into graduate school. These students might take advanced courses in math or language studies, learn a trade, study art, volunteer, travel, take internships, play sports, or get involved in cultural exchanges. Studies indicate that students who take a gap year perform better academically than those who do not. Many parents worry their students will deter continuation of their education. — wikipedia

The guest was pushing back as to the value and purpose of such a practice.  Light-heartedly, the guest who was invited to offer his vantage and opinions about both the idea of a “gap-year, ” and no less providing money to potential “next-year students.”

The host of that segment then made this general comment in support of the idea and practice — “You would agree that it is beneficial to take some time off from one’s studies and experience some real-life activities and events before that first year of college.  A ‘gap year’ gives a student the time to do that before he enters his four-year college program . . . . . . Students can take a break from intense coursework and focus on some possible life-enriching experiences.”

The guest responded with this simple statement — “We called that summer! — every year — for at least the last four years!”

I chuckled at his response — maybe you did too just now!

But then I said to myself, “What did he just do that made that work!  You see that is the value of going analytical!  We can not only respond to something, but we can also think about our thinking — “Why did I just chuckle?  What did that speaker just do that caused my response?

We can go analytical!

That is what make speakers better speakers as they listen to others.  We do not need to plagiarize the content of another speaker, but we can “plagarhetorically” acquire the thinking process which goes into his effectiveness.  We can gain an understanding of the thinking processes which operate in the background of that speaker’s mind — which he himself may not even be able to quantify.

The ingredients of the host’s and/or university’s argument:

The Counter Argument:  Here is the mental process which helps generate such a counter-argument.

include the same ingredients

[before college — a break from – possible experiences]

It’s Value: The value of getting this thinking pattern under your belt is that a point can be made in a simple and forceful way AND which quickly identifies with the audience.

It quickly, without a lot of explanation or argument, makes the point!  There is no getting into the weeds, no less even a briefly developed argument.  It just drives home the point in a few words!

That is its strength and its value!

{Obviously, the counter would be what “summer” cannot provide that “a gap year” can and does.  The better the fit, the greater the strength and value.}

Give The Technique A Label: There is a value in giving various rhetorical techniques a label because it brings to mind the technique in a memorable way.  We can call this technique . . . .  “There’s A Name For That”

Other Examples:  The value of going analytical is that the “rhetorical technique” is now laid out and can be duplicated.

In other words, a speaker does NOT need to find a conversation which revolves around the subject of the “gap year” and then deploy the same argument as used by the guest — though it is tempting!

Rather, by going analytical — by understanding what was just done —  it can be used with far different and diverse subjects.

Example Phrases:  Here are some example phrases to get you thinking about how it works and ways in which it can be used.

Yes, It is called “missions.”

Illustrated:  Here is how a hypothetical scenario would go using this phrase.

Host:  This religious group believes that many people are not attracted to an organized religion.  Therefore, they are seeking to reach those who are not presently part of a local church and even may know that there must be more to life . . . . .

Guest Church Pastor:  Yes, I understand their aim.  The Bible has a name for that.  It is called “missions.”

There is a name for that, it is called “personal evangelism.”

The Bible already has a name for that, “prayer.”

We know about that, and it is what we call that “church.”

Jesus already identified that activity — He called it “love.”

It is called “missions.”

The Bible has a name for that — It calls that “super-natural!”

That name has already been taken.  It is called Christianity.  You will have to come up with your own word if you want to preach and teach that particular “doctrine.

It’s been around a long time and properly labeled — It is called a “cult.”

It’s not new — it has been identified for centuries as “irresponsibility.”

Note: It can also be used to simply challenge a position, practice, or an argument within a specific message or to make a particular point.

#2) Then identify the word or phrase which responds to that argument.

For instance, have you heard it said — “We should be focused on people, not programs in the local church.  Such a position misses the point that a program is just an organized method for meeting the needs of people.

There will be those who take the position that our focus should be on the needs of people.  That we should think through ways to help families, encourage the saints, challenge young people to live a godly life, provide opportunities for good and godly fellowship — indeed we should  — and we call such — “a program” — a church program is just an organized method designed to help people.

You will come across those who dismiss events which are recorded in the Bible because they do not fit what they have experienced . . .  because they can not be scientifically possible . . . . because the minds only allow for what can be verified by their five senses — but that is why the Bible already has a name for such events — it calls such events “SUPER-Natural!”

Side Note:  This particular topic — “the gap year” — also has illustrative value.  It can easily become an avenue for a sermonic illustration — i.e., Does the Lord promote “gap years” when it comes to Christian living or evangelism — a year off to kind of do what you would like to do before you get serious.