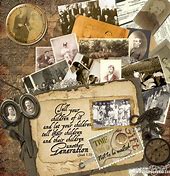 Thomas Hardy stands as one of many writers of the last 100 years who was marked by a religious Christian background and slowly moved away from that heritage because of the influence of modern thought and philosophy.

In Hardy’s case, the rejection of his Christian heritage seemingly came from his inability to reconcile the pain and suffering in the world with a sovereign and loving God.

Hardy is one of several classical writers raised with a Christian heritage:

He never graduated from college, but he received honorary doctorates from the universities of Aberdeen, Bristol, Cambridge, and Oxford.

He wrote over 40 short stories and over 900 poems.

His writings are littered with biblical allusions and the names of various biblical characters.

“Thomas Hardy was steeped in classical and biblical literature. Marlene Springer, who wrote a book devoted explicitly to this subject, claimed that as an author, Hardy “out-alluded virtually every allusionist…” This agnostic was virtually a walking Bible concordance! Indeed, I would pit Hardy against any seminary graduate today (and bet big bucks—if I were a betting person) as a sure wager to win any Bible knowledge proficiency test. Hardy read the Bible in both Latin and Greek. Desmond Hawkins declared that Hardy “was more certainly influenced by [the Bible] than any novelist writing today.” I think Hawkins’s evaluation would stand undisputed. — faithalone

i.e., The Mayor of Casterbridge refers to “Jacob in Padan-aram” with his ring-straked sheep. — faithalone

Thomas Hardy was raised in the Anglican church.

His early life-dream as a child was to be a parson.

He played the violin in church as a youth.

One of his best friends (Horace Moule) was the brother of the re-known Bible commentator – H. C. G. Moule.

Hardy died as an agnostic at best.

• secularism
• wealth & fame
• lost
• gain the whole world and lose your own soul
• philosophy
• the problem with pain and suffering
• a Christian heritage
• has anything really changed?*
• the influence of books
• few there be that find it
• the sower and the seed
• different soils
• lost or never really saved?
• slow leaks more often than blow-outs
• The Reverse: Unbeliever to Believer — C.S. Lewis / Chuck Colson / Lee Strobel

*An Aside: I realize that there are numerous articles written and concerns voiced by Christian leaders today about the church’s failing when it comes to the present generation of young people.  It is purported — an only that — that young people are leaving the church in record numbers — as if that is something new and different than in previous generations.  This argument is made against the backdrop of generations of a Christian culture where church attendance was part of the culture — whether the individuals were actually believers or not.

“In the world of the Bible, one’s identity and one’s vocation are all bound up in who one’s father is. Men are called “son of” all of their lives (for instance, “the sons of Zebedee” or “Joshua, the son of Nun”). There are no guidance counselors in ancient Canaan or first-century Capernaum, helping “teenagers” decide what they want “to be” when they “grow up.” A young man watches his father, learns from him, and follows in his vocational steps. This is why “the sons of Zebedee” are right there with their father when Jesus finds them, “in their boat mending the nets” (Mark 1:19-20).

“When the war ended Hardy was 78. He still walked with the vigour of a young man, quickening his pace on an uphill slope, and could bicycle the mile to his brother’s house and back. His days and weeks were run to a pattern: every Monday morning he wound up the three grandfather clocks in the house, one in the hall, one in the drawing room and one in the passage to the kitchen.” — the Guardian

“He bought himself Einstein’s Relativity: The Special and General Theory. A Popular Exposition in the 1920s, read and pondered over it and took it to confirm what he believed, “that neither chance nor purpose governs the universe, but necessity”. In June 1923, thinking about relativity again, he wrote in his notebook, “Relativity. That things and events always were, are, and will be.” — time torn man

One thought on “Today’s Illustration: A Lost Valuable”