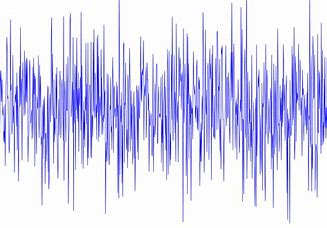 On This Day:  May 9, 1980 — Skyline Bridge In St. Pete Struck By Ship — Twenty-eight killed as they plunged into the Bay!

In the field of science, specifically physics, there is a difference between “noise” and a “signal.”  The primary difference is that a signal has a distinguishable, informational, purposeful message which is being transmitted.  “Noise” is what gets in the way of receiving or understanding that message.

Both “noise” and a “signal” involve sound(s).

Noise can make a “signal” un-understandable.

A “signal” is sound designed to communicate a message.

Even in the field of electricity, the word “noise” is used to refer to the unwanted elements of electrical current — spikes in voltage, harmonics or magnetic interferences coming from the flow of electricity, etc.  The sudden rush of electricity when a motor is turned on creates noise.  Some wires are shielded to prevent what is traveling through those wires from being affected by electrical noise.

“Noise” is generally unwanted — unless it is the noise of children playing together and enjoying themselves in that activity, or guest all engaged in conversation around the table or house.  It is still noise — because you can not make out what is actually being said or signaled — that is until one of the children shouts “mom — he-she is . . . .”   — then information is being communicated.

Some “noise” may carry information and may become or is a signal.  When mixed with a lot of other signals, the combination of signals ends up making it all just a lot of noise.

It may take “auditory focus” to pick out what is being said and/or to hear your child’s voice among the many others sounds.  As you focus, you now hear a coherent message or enough bits and pieces of the message to understand what is being said — else it all becomes one hodge-podge of sounds, which we call noise.

It can change from noise-to-a-signal if we focus on this-or-that.

Have no interest in what’s happening politically — then it is just a lot of noise.

Have little interest in all the social media post — just flipping through it all on an ipad — it is just bits and pieces of information — mostly unconnected with little focus — then generally — it is just a lot of social noise.

Television on in the background as you go about this-or-that in the house — mainly noise, little information is being carried by the sound(s).

Listening to a sermon — are there other thoughts which are grabbing the focus of your mind?  The sermon becomes the noise because the cares of life are carrying the actual signal.

Yes — there is a difference between noise, and signal.  One carries information and the other interferes with the signal.

“Focus” may be what makes the difference at any one time.

The “signal” may be there, but it takes focus to hear it.

The “signal” may be there, but there is too much other ambient “noise” to hear it.

Actual Mayday Call of that disaster

Noise is described as any unwanted sound that is judged as overly loud and disruptive to hear. From a physics point of view, noise is regarded as indistinguishable from the signal as both are vibrations that happen through a medium such as air or water. The main difference between the two is realized when the brain receives and perceives a sound and categorizes it based on the surrounding and activities of the time.

Noise can be categorized in any sound, size, and shape. It is part of our day-to-day lives, but before one can accurately measure it, they need to know its various types. The types are as listed below: