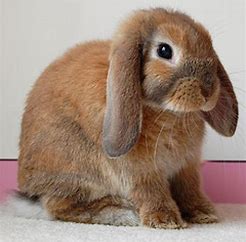 Sometimes it is just valuable to look over the message as a whole — before and after — and consider some of the following areas of rhetorical concern.

I say “rhetorical concern” because none of the seven points have to do with erroneous theology or a failure to know and/or expose what the passage is actually teaching.

Rather, it is about the audience side of the equation.  I well imagine that the list is not exhaustive, but it does give you some checkpoints to consider in the study and after the pulpit.

The “•” under the seven points attempt to restate the main point in a way that may provide some productive explanative consideration.

#1) Covered Too Much Ground:

• Tried to cover too many verses or too large a passage.
• The subject or passage required much more time to develop that was available.
• Wanted to cover all that which got you excited “in the study” – in the “kitchen”
• Laid out far too much contextual material
• Spent too much time reviewing “last week’s” message.
• Rushing through it — because I knew it was a lot of material.
• Too much irrelevant content
• Complicated the simple by addressing so much.
• Saw your audience begin to wain
• Message went wayyyyy  overtime
• You realized that you should have broken up the passage for the audience — identified the sections and stated that you are going to preach on only the first area this week.

#2) Insufficient Clarity Of An Unknown Passage:

• There was not enough background provided to understand what was happening.
• I had to read the passage several times to figure out what was happening
• The passage was obscure, and there was a loss of sufficient context provided.
• Several characters were unknown, and it got hard to follow them all.
• The account was not only obscure BUT it was also complicated.
• This historical context is seriously foreign and left out too much to give clarity.
• This audience is biblically illiterate and did not address that reality.
• Assumed that the listeners knew what they did not

#3) Got Into The Theological Weeds:

• The message got too technical at one or multiple places.
• Too much time was spent on the meaning of words.
• Got off on a theological rabbit trail — related but (or worse, unrelated).
• Tried to deal with a difficult theological concept which overwhelmed the sermon.
• Explaining difficult grammatical concepts — made the dining room the kitchen.
• Listeners didn’t need to know what “Strong’s Systematic Theology” taught about . . . .
• Complicated the simple.

• The message did not clearly establish a key biblical principle or truth.
• It never came together.
• It seemed like it wasn’t holding together as a biblical whole.
• The message was all over the place.
• It was not a coherent whole.
• Too many smaller points or unconnected smaller points.
• Audience Probably Thought: “Where is he going?”  “I am lost!”
• Can’t state in a simple sentence what you were trying to say.
• Don’t know what the Big Idea is / was.
• I almost changed my message because it wasn’t coming together for me.

#5) Never Connected With The Audience:

• Felt like I was giving more of a lecture than a sermon.
• Feedback: Poor-to-terrible eye contact
• Lacked a needed conversational tone — throughout or at times
• Stuck too much to my notes
• Preached down to God’s people
• Sounded more like teaching than preaching
• Didn’t come across like I personally felt the truths/ principles
• Sounded more like a pastoral promotional in both content and/or illustrations — sounded about self!

• Audience never “bought into” the point I was making
• Didn’t feel like the audience was with you
• Never brought the audience into the message with the introduction
• Had no introduction — “Today we are in chapter 5 of the book of . . . . ”
• Blank faces (or worse) marked the audience at points in time.
• Even those who love and appreciate you were “struggling” with attention.
• Too much distraction happening — poor audio/visual workers — again!
• Audience seemed to give me far more attention when I used an illustration
• Never made this-or-that truth grab the mind by an analogy or illustration
• Made the simple confusing

#7) Little To No Meaningful Application:

• The audience composition did not match the applications.
• Never really answered, “So What?”.
• Far too little time taken for application.
• Applications were out of the realm of the audience’s identification.
• Unrealistic applicational examples
• Applications stated in far too general terms — “We need to be more faithful.”
• Made a comment like — “I wish I had more time to make application” (Note: You did! It was your sermon.)
• Simple exhortations marked the conclusion of the sermon — “This week, let’s take more time to care for one another.”
• Theological / Theologically accurate, but not practical.
• One illustration used

2 thoughts on “Rhetoric & Homiletics: Seven Signs That A Sermon Flopped”