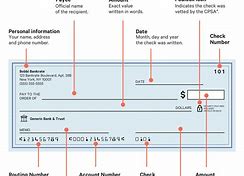 Context:  Civil Right Movement in America — At the Lincoln Memorial in Washington, D.C.

“In a sense we’ve come to our nation’s capital to cash a check. When the architects of our republic wrote the magnificent words of the Constitution and the Declaration of Independence, they were signing a promissory note to which every American was to fall heir. This note was a promise that all men, yes, black men as well as white men, would be guaranteed the “unalienable Rights” of “Life, Liberty and the pursuit of Happiness.” It is obvious today that America has defaulted on this promissory note, insofar as her citizens of color are concerned. Instead of honoring this sacred obligation, America has given the Negro people a bad check, a check which has come back marked “insufficient funds.”

King calls up the imagery of “a check” ten times in this short excerpt.

The check (B) is called the Declaration of Independence and the Constitution (A).

(A)
Banking is part of life and living in America.  Most of us remember the day when we first opened a savings and/or checking account.  Some of us remember the days of “bank books,” where you could see in colored black or red type the amount of money you had in your account, or did not have because of a withdrawal or check you issued against the account.

Issuing checks used to be the primary way of making payments.
Having a checking account is still fairly standard in American life, but that is slowly changing when it comes to actual paper checks.  Not totally, but more and more, electronic checks are becoming the means of payment.

Many, not all, business still issue “checks” when they “make payroll.”  Every so often Ruth hands me a few checks which need to be endorsed on the back — which indicates that I am the person to whom the money has been issued on the front, it belongs to me, and it should be put into my — our account.

A check is “a written order to a bank to pay a stated sum from the drawer’s account.”

“A check is a written, dated, and signed instrument that contains an unconditional order from the drawer that directs a bank to pay a definite sum of money to a payee. The money is drawn from a banking account, also known as a checking account.”

(B)
In a sense, when you were saved, Jesus he signed a check.  He has promised to save you and keep you — and bring you home to the Father.

He signs a “check.”
The same check with the same amount . . .  with all men — from all nations — who come from all different social and economic backgrounds — which assures all men and women that they would inherit everlasting life.

Not all men turn it over and sign the back — but the offer for the forgiveness of sin to all.

He has personally endorsed each and every check with every individual who has called upon His name as Saviour and gives unto them eternal life!

He’s never defaulted on that note.
He is never going to default.
He has never issued a bad check.
There never will be insufficient funds.
His checks will never bounce back.
There will never be an overdraft.
The bank will never go bankrupt.
It has enough reserves to cover all the sins of mankind.
It will always be solvent . . . . Because it’s funding is infinite by the blood of Jesus.
The bank is called the bank of grace.
It is not, nor ever was called the bank of “works.”
Put your wallet or purse away; it doesn’t have enough money!
While the Old Testament saints had to wait for the principle to be paid, He has now paid both the principle and the past interest in and through Christ.

Every check will clear on that great and glorious meeting.

One thought on “Analogy of the Day: “We’ve come to cash a check””