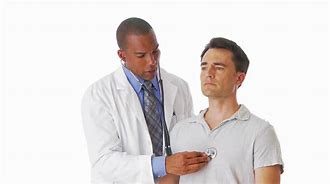 Is There A Doctor In The House?

Abraham Kuruvilla is a professor at DTS, has authored several Bible commentaries, and has written a number of books on preaching.

Some might not realize that Abraham Kurvulia began his professional career as a medical doctor (as did D. Martyn Lloyd Jones), not a seminary professor or Bible teacher.  He still practices medicine regularly in Dallas, Texas.1

During an interview, Kuruvilla explained the process of establishing the argument of a biblical passage — but as a medical doctor would.

The language of a doctor may be different
than that of a homiletics professor,

but the logic is not!

There is a reason that medical doctors are marked by logical, reasoned thinking.  I maintain that it is not intelligence but background and training.

Some individuals may be intelligent while also illogical (American politics proves that.).

Some individuals are not as intelligent but are very logical (The average American proves that.).

Nevertheless, being a “successful” or effective medical doctor is connected to being able to think through situations logically.

It is no surprise that Kuruvilla, a medical doctor, approaches the handling of Scripture as he approaches the practice of medicine.  His discussion of homiletics is not just an interesting analogy, but it actually reveals a way of thinking — of reasoning —  that makes a preacher-teacher trustworthy and effective.

Logical thinking impacts both the preacher’s . . . . .

1) Trustworthiness:  There is a relationship between understanding the argument and the flow of the argument within a passage of Scripture and trustworthy-truthful preaching.

1) Trustworthiness: “Spring-board” sermons are a prime example of sermons which have little connection fo the argument of the passage.  Such sermons don’t even require the cited passage, just “a passage” which uses this or that particular word or phrase . . . .

The argument and flow of thought in these two passages have little to nothing to do with the three points listed out below.  What the teacher or preacher might be saying may well be biblically true, but it does not come from the text.

A passage is not needed, just a sentence or a word suffices for spring-board preaching!

2) Effectiveness:  It might be wise to require a seminary class in logical thinking and fallacies.  The logical leaps that can and do mark some messages weaken the effectiveness of the sermon — and the credibility of the speaker.  The audience will not buy into the point being made when the point or statement being made is a logical leap and/or doesn’t make sense or hold together.

I think probably the biggest one — for me and this is something that I’ve
been working on for a while — is catching the trust of the text — what the
author is doing with what he’s saying — the sense of the pragmatics and the text
I think we’re very good at understanding the semantics of the text — what it means
how the words relate to one another — the clauses and the parsing
going beyond that asks . . .  so how does  — so what is the diagnosis
all these symptoms  — how do they add together and come up and create a diagnosis of what’s going on
I think that’s the biggest failure and that’s something that I also see commentaries as being –not very attentive to
(@30:09)
yeah — the text drives that and the questions are driven by the text but still . . . .
what  — why is this said
why is the stated here
what is it doing here
how does it fit all the other elements in a pericope or a preaching text
and how does this pericopia fit with pericopia preceding and following
and so – all of the sense of what is the other doing in a whole book — as well in this pericopia that contributes to the movement of the whole book.

I have a 63 old man
with that December birthday
coming in with a facial rash
is a little thin on the top
he’s got glasses
he’s wearing a brown shirt
now how many of those are important for the rash?
Oh,  by the way, he’s got a little redness — yes papules and macules on the . . .
I immediately have to discount the shirt — is probably not going to . . . .
The fact that he’s married to Sally is probably not significant for a  . . . unless she slapped him or something
So I have got to immediately clear away some of the brush
I can’t — as somebody once said — just be browsing like cattle just picking every blade of grass but I’ve got to be exercising that’s some discretion as to
— ah– I think this is what is happening here. . . . .
Moderator: And you’re assembling a lot of pieces and trying to make — for lack of a better description — some sense out of all the pieces that you have.]
it’s – it’s – in medicine that’s called inference to best explanation — here are the symptoms and here are all kinds of observations —  red shirt, brown pants — I’m discounting that —
these – these are critical
and from that, I’m going to make an inference
and if that facial rash — for instance —  is say — psoriasis  — well now I’m going to be somewhat deductive — if it is psoriasis they  would also have something else — say on his fingernails — psoriasis cannot . . ..  –
so let me see your fingernails
and I look at that and say — oops — nothing there
So I better  go back and say I got it wrong
so you’re making an inference and then based on inference — deductive — yes looking back at the text and then you actually go back and refine.
so here’s the process I see
the first step is that quasi mysterious
it’s called abduction  really
it’s an abductive reasoning
Bang — they come together — “This is probably it.”
Now I’m going to have a deductive approach — if this is it then the text or the patient should have this – this – and this as well
Every other thing in the text should be adding to that and if it does great my diagnosis establish if not I got to redo it.
So there’s a deductive process and at that time — with all of the deductive things
I’d make go back and do another inductive which is refining my hypothesis

There’s abduction then there’s deduction — there’s back to induction — which clarifies my diagnosed — ah — I think this is what you have now let me apply it or let me treat it.

Work through a passage of Scripture like a medical doctor would diagnose a patient.  Look for and notice the “symptoms” of the argument which is being made by the writer.  The author is seeking to drive home a point, to make an argument, to build to a point — a point which may be ultimately summarized or reached in this-or-that verse.

Doctors may use different words in their practice of medicine,
but the logic, the thinking processes are not very different, if at all, from what an effective, trustworthy  Bible preacher-teacher employs when thinking through a passage of Scripture!

1. “Dr. Abraham Kuruvilla is a board-certified dermatologist in Dallas and accomplished academic professor. Dr. Kuruvilla received his medical degree in medicine and surgery from the University of Kerala in Trivandrum, India. He then went on to complete his Ph.D. in immunology from Baylor College of Medicine, where he also completed an internship in pediatrics. Dr. Kuruvilla then traveled to Boston to complete his residency of dermatology at the Boston University and Tufts University Schools of Medicine. After some time in private practice, Dr. Kuruvilla received an additional Ph.D. in hermeneutics at the University of Aberdeen in Scotland, UK.

In addition to Dr. Kuruvilla’s dermatology career, he serves as a professor at Dallas Theological Seminary. ”
— https://www.usdermatologypartners.com/provider/kuruvilla-md-phd/