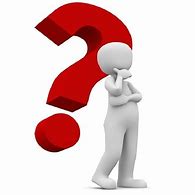 Some Say It Is “Expository Preaching” — But Is It?

While most preachers want to be known as “An Expository Preacher” — and rightfully so — that may not be the case in fact.

“Expository Preaching” is too often seen as “systematically working one’s way through a passage of Scripture.”

However, you can be systematic and not “expose the argument of a passage of Scripture” — as I have highlighted in four earlier posts ( When Expository Preaching Took A Wrong Turn ).

Here are 10 different statements
which may help describe “Expository Preaching.”

#1) Expository Preaching Is Not A Running Commentary On The Obvious:

Some of the signs, which may disclose that a so-called “expository message” is more of a “running commentary,” are . . . .

√  Just about any Bible student can do what you are doing.  It only takes “observation,” followed by re-iteration.
√  The message models a biblical commentary.  Biblical commentaries, especially those which are more akin to “exegetical commentaries,” are designed for Bible study.*
√  The sermon makes every verse of equal focus, rather than the argument of the passage being the focus  — through the writer’s various weighted parts of the verses.
√  The preacher sounds like the “Amplified Bible” — explaining and expanding the meaning of the words and phrases used in the passage.

#2) The Question Is, “Have You Exposed The Argument Of The Passage?”: The biblical passage is making an argument.  Were the author of that passage of Scripture seated in the audience, would he say . . . .

#3) “Expository Preaching Is Done In The Dining Room!:  What is done in the study (the kitchen) is not what you do in the pulpit (the dining room).  Understanding the writer’s words, comparing Scripture with Scripture, listing out observations, dealing with Greek or Hebrew grammar, examing the context, understanding the culture, etc. is what you must do to understand the point — the argument of the passage — while in the pastoral study.  That is not the same meal you serve up from the pulpit. While you may bring some helpful information into the dining room, to better appreciate what is being served, The Kitchen Is Significantly Different Than The Dining Room!

#4) Public Exegesis Is Not Expository Preaching:  Teaching exegesis to a seminary student is not what you are called upon to do when preaching to God’s people on Sunday morning.  “Expositional Preaching” is not dragging an audience through what took place in the study.   Being a good theologian or seminary professor is far different from being a preacher, though the differing skill sets have some overlap.

#5) Expository Means Exposing The Argument Of The Passage, Not Teaching Systematic Theology:  A passage of Scripture is not a repository of theological words which are used to talk about a clear biblical truth found throughout the Scriptures.  Because a passage-verse contains the word-phrase “grace” or “will of God,” does not mean the preacher is justified to make that biblical truth the focus of the message.  “Springboarding” takes a word or phrase and uses it as a “jumping-off point.”

#6) When Framework Dominates The Understanding Of The Passage, It Is Not Expository:  There are those who approach Scripture with a “Theological Framework.”  That framework prompts the preacher to see and therefore preach-teacher the same basic truth from varying and even vastly different passages of Scripture.  The preacher-teacher making a repeated and well-worn general point.

Preaching from such a framework (whether it be a “Christological” framework, a Calvinistic-or-Armenian framework, a Baptist-or-Charismatic framework, or a passive-or-active sanctification framework ) will end up flattening out the landscapes of Scripture.  Passage after passage will always reflect that particular framework.

Rather than “flattening out the biblical typography,” by approaching passage after passage with a framework which imposes “biblical blinders,” expository preaching is meant to call-up all the heights and valleys of Scriptural truth.  Expository preaching tackles a vast variety of biblical issues . . . . .

AS WELL AS . . . a variety of the same biblical issues . . . . . BUT from a different angle, application, answer, cause, perspective, solution, result, etc.

#7)  Being Biblical, Does Not Mean It Is Exposition:    It is not an “expository message” merely because what a preacher is saying is biblical, or it falls within the general tenor or teachings of Scripture.  The truth within a message being may be found in the Scriptures, but it still may not be contained in the passage being “expounding.”  The fact that what is being said is biblical does not mean it flows from the passage under examination.

#9) Don’t Confuse “Exposition” With Exegesis:  While exegesis precedes exposition, the two processes are different.  “Exegesis” is what you do to make sure you understand the passage.   The goal of a sermon is not to exegete the passage for the audience.   Rather, it is to take what you now know and understand the passage to be accurately teaching and homiletically expose — drive home — the truth of that passage(s) to the mind and hearts of the listeners.

#10) Rhetorical Ability Is Not Hostile To Expository Preaching:  The “expository preacher” is not only a theologian but a communicator.  His life is spent in the world of words and speaking.  “Apt to teach” implies a level of communicative ability not possessed by all.  If your speaking is “hard on an audience,” you may be called to ministry, but not the pulpit ministry!

* I do realize that more and more present-day “Commentaries” are only transcribed sermons, not actually “Bible Commentaries” — such as “The Pulpit Commentary.”

There are also some “Commentaries” from the past which are also actual sermons which also help in understanding, thinking about, and/or preaching.  — such as Spurgeon’s “Commentaries.”