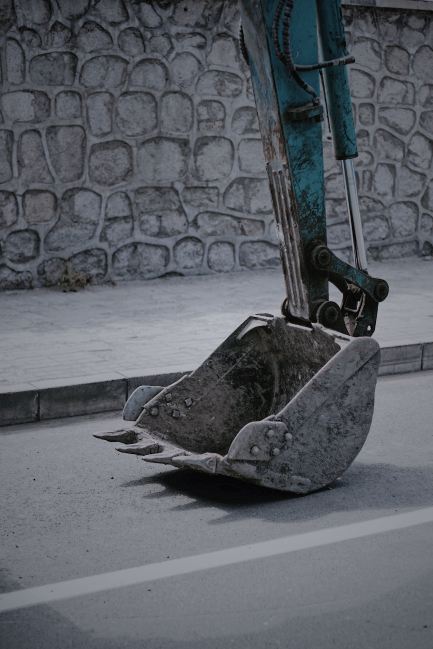 It is common for preachers to “call up” parallel passages when preaching on a particular Gospel event — been there . . . . done it!

However, there may be a lack of clarity as to the purpose or maybe even the homiletical wisdom in doing that.

Yes — It may be that the speaker wants to call up a parallel passage to provide more understanding and context to what is happening — i.e., “We learn from a parallel account that this is taking place just after . . . .”

There is a curiosity level that operates as we read about this-or-that account.  We would like to know more about what has, is, or happens after the event.  When and where this is happening?  Who is all involved?  What else is happening? Why did this event take place?

Would it be fair to say that knowing these other details surrounding the event are not necessary AT ALL to grasp the biblical point of the passage?

That must be true since those who historically read that particular Gospel, read it without having the other Gospel accounts in hand.  Yet they would have spiritually benefited from reading it, and it alone.  In fact, for decades, readers of this-or-that Gospel account would not have had the other Gospels, no less the “canon of Scripture” as finalized by the church.

Parallel accounts were totally unnecessary to understand and spiritually benefit from the portion of Scripture being read or preached.  Having a complete “canon” has some great benefits, but those benefits were not available to the saints for decades.

However, there is another consequential point that should be made when it comes to homiletical theory.  Outside of examples where the Gospel writers arrived at the same observations, wording, and conclusions (if there are any?), each writer picked up on different details and was seeking to make different points in their Gospel account of the life and ministry of Jesus.

That is why we are often reminded that the . . .

The Gospel of Matthew is about — Jesus, the Messiah

The Gospel of Mark is about — Jesus, the Servant

The Gospel of Luke is about — Jesus, the Son of Man

The Gospel of John is about — Jesus, the Son of God1

To call up a parallel account, which is picking up different details and which seeks to make a different point, violates the foundational thinking of expository preaching — exposing the meaning of the text as written by the author.

What was the author’s intent?  That is the question that must form the basis for the “argument of the passage.”

Calling up parallel passages to a Gospel event (outside of some curiosity which does not need to be resolved to understand and benefit the reader) may undermind what many a preacher says about being an expositor.

While comparing Gospel events may be a worthy part of the homiletical preparation in the study2 (determining what was included or left out by one writer versus another to better understand the argument of THIS particular Gospel account), bringing up a parallel account from another Gospel is to dismiss or deny that the Gospel writers are calling up their vantage of that event to make a specific point within that portion of Scripture and/or their book.

What might be valuable (surely someone has done this already) is laying out visually the actual writer’s wording of the “parallel accounts” — to see how they differ in details, verbal desciption, the location-sequence of events, and the argument being made by that writer.

The Gospel writers not only picked up on some different details, described it differently, and also brought it into their “Gospel story” at a different point in time, they also were seeking to make different biblical points, applications, and/or conclusions.

Exposition does not seek to “re-verse” or “re-order”3 the Gospel storyline so that the four accounts fit together in one unified account, as it seeks to take into account the wording of each and every writer in some kind of an amplified version of events.

Such an endeavor may have some other value, but such undermines expositional preaching.

What was that Gospel writer saying by his selection of detail and by his choice of words-description, in order to make his point in this passage?  That is the aim of exposition.

“Within the four Gospels of the New Testament, many teachings and stories of Jesus Christ are mentioned in two or three of the accounts, and some events are mentioned in all four.  Within the many sets of parallel verses there are almost always differences in the specific words and word-forms that each account records.

One common type of wording difference is the use of synonyms to convey the same basic meaning of thought, such as when “Rabbi” is used in one Gospel, and “Teacher”, or “Master”, or even “Lord”, in another; or “young donkey” in one account, and “colt” or “foal” in the other(s).

A second type of difference occurs within the parallel verses when the Gospels all use the same root word, but with different suffixes, as when they describe the action as taking place in a different tenses – such as the present and the past, or even the future.  Examples of this include “walk” “walking” and “walked”; and “say” “saying” and “said”.  Different suffixes on the same root word also occur when something is mentioned as being single in one Gospel, and as plural in another.

Whatever the wording differences between the texts of the synoptic verses, in those many places of duplicated repetition, only one word or word-form could be retained and copied into the fifth column of this book, and this required that a choice be made as to which word, words, or word-forms would be used, and which would not be retained.  Word retention choices were generally made so that each line of text within the fifth column flowed logically and smoothly to the next line; and where the choice concerned the action tense of a word or sentence, the preference was to leave the action in the present tense.

For more information on the choices that were made to harmonize the wording differences among the parallel sections of the four Gospels, see Note 1.2 – Harmonize the Parallel Verses.

It is noted that for every word choice that was made in the fifth column of this book, another person might see it another way, and make a different choice.  As such, Five Column: The Synoptic Gospel is open to review and comment.  If you have some constructive feedback or a suggestion that would improve this work, please share it using the Feedback Page.  All feedback and suggestions for the improvement of this work are greatly appreciated, especially those that enhance future editions.”

The Canonization of Scripture (Seminary Notes)