Kevin Hines was one of the 14 who survived, of approximately 1700 others who jumped off of the Golden Gate Bridge.  But milliseconds after he jumped . . . .

Who: Kevin Hines, age 24 — He shattered and crushed three vertebrae.

What: Kevin jumps off the bridge.
He has since authored a book titled “Cracked, Not Broken.”
Documentary: “The Ripple Effect: 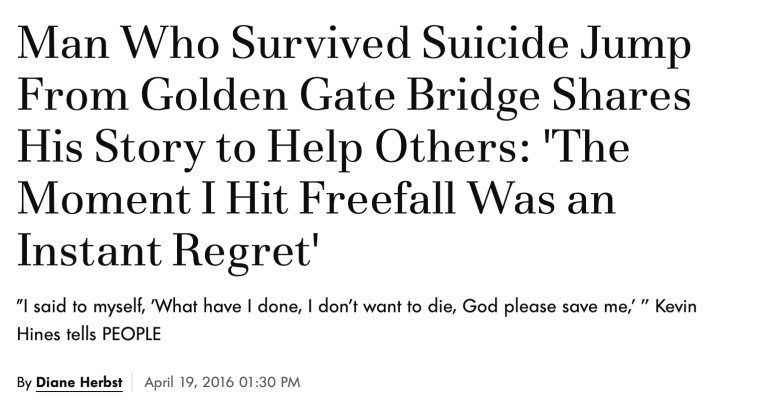 Link  and another Link to articles & quotes

Check out the post on “Three Ways To Use An Illustration”

Link  and another Link to articles & quotes