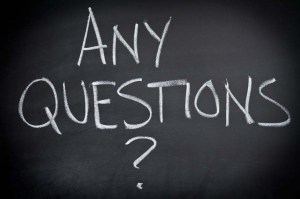 I understand that some find it off-putting to speak of “making an argument” when it comes to preaching and teaching the truths and principles of Scripture.

“We are proclaiming the truth of Scripture, and if someone wants to argue with what the Lord says in the Scriptures, they will have to take that up with Him.”

“If they don’t want to hear the truth and change the way they think and live, that is up to them.  I just preach and teach the Word of God!”

While the preacher-teacher is not “arguing” as to the veracity, authority, or accuracy of the Scriptures, he is, at a minimum, still making an argument as to the present-day application of those truths to life and living.  I maintain that the argument being made goes beyond “sermonic application.”  Most often, the preacher-teacher’s “argument” begins with his introduction — else why even have or use this-or-that introduction.  The answer is because it drives home the point he is seeking to make.  “Making the argument” extends beyond the “sermonic application.” As the preacher-teacher makes various contentions, claims, points, assertions, or interpretations, he is also engaged in argumentation.

In fact, Scripture as a whole is arguing with the reader’s thinking, vantages, viewpoints, understandings, life choices, decisions, attitudes, behavior, excuses, etc.  When the preacher-teacher exposits the words of God, he is standing in the place of making that argument on behalf of God . . . – else just read the Scriptures and close in prayer.

The differences among preachers-teachers are related to one’s ability to effectively frame the Scriptural argument.  The differences in effectiveness are correlated with one’s ability to clarify, simplify, illustrate, untangle, explain, enlighten, defend, and/or unfold biblical truths and principles – all to drive home the argument of the passage.

“Apt to teach” implies that there are those who are not apt.  While some may have a strong and solid grasp of what the Scriptures teach, they do not have the ability to be effective in communicating those truths.

Why preach, teach, write, blog, counsel, debate, tweet, or post if the aim is not to effectively influence others to this-or-that point of view.  All are attempts to “make the argument” for this-or-that way of thinking and behavior.  The continuum of those who engaged in preaching runs from “terrible-to-poor-to-weak-to mediocre-to-good-to-great.”   That continuum is not correlated with Scriptural knowledge (though it is not unrelated to being an effective preacher-teacher). But it correlates with their ability to make and drive home the argument of Scripture to the minds and hearts of those listening.

Effectiveness Requires Answering Questions Which Are Lingering In Their Minds!

Let me move on from this “argument” and focus on the main purpose of this article — The importance of “questions” in the preparation and delivery of a “sermon.

Typically, “argumentation” is built on deductive and inductive forms of reasoning.  As a preacher-teacher makes and drives home the argument of a Bible passage, he/she is engaged in deductive-inductive reasoning.  As his audience listens, they are also reasoning along with him.  They are following the “case” that is being made in regards to the passage.

However, along the way, there are points of critical probing by the audience.  There are weak points in the “sermon” or the argument being made.  If at no other level of agreement, we would-should agree that there may well be  “probing” in the preacher-teacher’s life applications of this-or-that truth, precept, or principle. [1]

When a preacher-teacher makes certain statements, the “burden of proof” can shift to him/her.  His/her statements can initiate questions in the listeners’ minds, which now must be answered.  The preacher-teacher makes a statement, a critical statement, and the audience is now responding to that statement with a QUESTION.  That “audience question” shifts the responsibility to the preacher-teacher.  To not answer that question is to weaken the argument that is being made and maybe even the sermon’s effectiveness. [2]. Who hasn’t said after being made aware (by our wife, children, a member, or first-time visitor) — “I should have addressed that and probably lost some of my audience by not doing that!”

A simple example is when one preachers-teaches about honoring your mother and your father.  There is no disagreement as to the veracity, authority, or clarity of that truth, precept, or principle throughout the pages of Scriptures. However, there has not been a time where I have not been asked this question after preaching on that biblical truth. — even if somewhat addressed in my sermon . . .

“What if your parents are unbelievers or ask you to do something which you the Bible teachers, or believe God wants you to do?” or “At what age do I need not obey what mom and dad would have me do?”

. . . . If I left that unaddressed, either simply or extensively, the audience, in general, is asking that question.

If unaddressed, some are giving me the benefit of the doubt that I would answer that question as they would.

Others still want it answered, even if they know the answer and know that I would answer it as they would.  They want confirmation that they are “right” or that “we agree.”

Still, others may well not know the answer to that question.  It is a new area of mental probing for them in their spiritual journey.  Throughout the whole message, that question lingers!

. . . . about a listener’s questions – to my own loss if I am interested in persuasion or being a voice of influence, which I imagine is why I am speaking, writing, blogging, debating, counseling, et al.

1. Paul himself makes the argument that the Old Testament truths on “ox handling” apply to preachers.

In making the argument that those who minister the Word ought to be supported, Paul calls up an Old Testament passage to ARGUE his point.  There is nothing in that Old Testament passage that even implies that this precept about ox handling addresses supporting pastors.  I understand that he, as the Apostle Paul, has a unique position to make such an application authoritatively.  Nevertheless, Paul recognizes that his words will call up questions, and he responds to those questions by citing a passage on ox handling.

“That continuum is not correlated with Scriptural knowledge (though it is not unrelated to being an effective preacher-teacher), but correlates with their ability to make and drive home the argument of Scripture to the minds and hearts of those listening.”

. . . . I would venture a guess that it was important to address a question which immediately came to your mind and switched the burden to me, and which resolved your “questions” that were created by my statement.

One thought on “Rhetoric & Homiletics: Why Answering That Question Matters!”