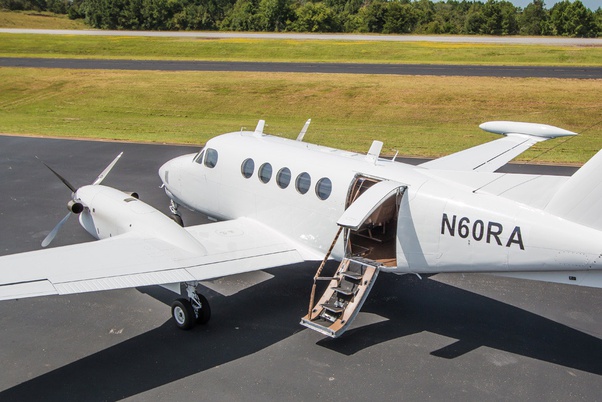 Where: Portland, Maine to Boston

What: co-pilot made an emergency landing after the pilot “fell out the door” of a small airplane

The Beechcraft 99 was flying from Lewiston, Maine, to Boston.  It wasn’t carrying any passengers on this trip, just freight along with the pilot, Henry Dempsey, and co-pilot Paul Boucher.  They were flying at 4,000 feet at around 200 miles per hour.  Demsey heard an unusual sound coming from the back and went to investigate.  The door seemed ajar, and as he leaned against it, it opened, and he fell out with and on the bottom-hinged door.  Dempsey grabbed the two door cables and hung on for dear life.

Paul Boucher, the co-pilot, could see that the door was open but could not see that Dempsey was clinging onto the door.  He assumed that Dempsey had plunged into the Atlantic.  Dempsey had no idea as to what Boucher would do or how long he would have to cling to that door. Boucher radioed to make an emergency landing.  Only upon landing did Boucher realize that Dempsey was clinging to that door and had survived this harrowing experience.

Some of us may feel like Henry Dempsey or like Paul Boucher. . . . .Some may feel like Dempsey, clinging to the door and hanging on for dear life.  Others may feel like Boucher, just trying to land the plane and not knowing exactly what has happened, trying to make an emergency landing, and assuming that someone or something was lost for good.

The same situation, but two completely different perspectives — one facing death, the other unknowingly landing his friend to safety.

—What type of aircraft mishap has only ever happened once in the whole history of aviation?
https://www.quora.com/search?q=beechcraft99%20dempsey&type=answer