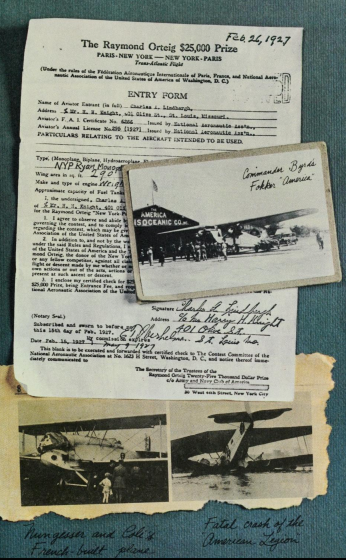 What: The Spirit of St. Louis, flown by Charles Lindbergh across the Atlantic

Extra fuel is my greatest reserve for success. With it, I can ride through night and detour storms. Prevailng westerly winds form a reserve which costs me nothing. And the long coastline of Europe — I can be hundreds of miles off course when I strike it, and still reach Paris.

The ability to turn back is my greatest reserve for failure. For more than l000 miles after I leave New York I’ll be within easy reach of land. If weather becomes too thick, if I encounter head winds, or if some engine roughness indicates danger, I can turn back and start the flight again.

But suppose my engine fails over the Atlantic, what emergency equipment shall I take with me? Safety at the start of my flight means holding down weight for the takeoff. Safety during my flight requires plenty of emergency equipment. Safety at the end of my flight demands an ample reserve of fuel. It’s impossible to increase safety at one point without detracting from it at another. I decide to buy a small, black rubber raft that’s displayed in the window of a sporting-goods store downtown; it weighs only ten pounds. I’ll also need a knife, flares, water, and some food.” — The Spirit of St. Louis, Charles Lindbergh 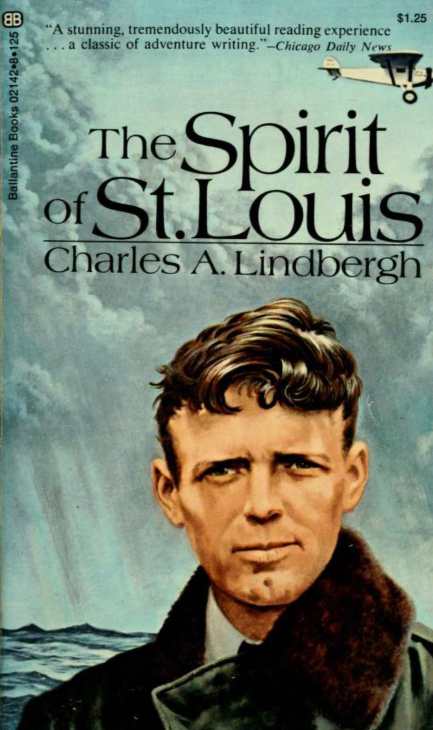 . . . . While Charles Lindbergh was working on his dream and venture to be the first pilot to cross the Atlantic, his focus was fixed on fuel.  Did he have enough fuel to make it were he to veer off course, encounter bad weather, or misjudge the engine’s consumption?  Anything which might have helped him navigate the airplane was evaluated with that criterion in mind.  He wanted to make sure he had “reserve” — enough fuel, enough reserve fuel to make it to France.  Enough fuel for success and for failure!

Extra fuel is my greatest reserve for success. With it, I can ride through night and detour storms. Prevailing westerly winds form a reserve which costs me nothing. And the long coastline of Europe — I can be hundreds of miles off course when I strike it, and still reach Paris.

The ability to turn back is my greatest reserve for failure. For more than l000 miles after I leave New York I’ll be within easy reach of land. If weather becomes too thick, if I encounter head winds, or if some engine roughness indicates danger, I can turn back and start the flight again.”

All citations below are from the book —  “The Spirit of St. Louis, by Charles A. Lindbergh.”

“I’ve found no one willing to take part in financing a flight across the ocean. Prospective backers consider the risk too great — if not for their bank accounts, then for their reputations. I’ve not been able to convince them that flying the ocean is no more dangerous than a winter on the mail. They want no share in the criticism.”

“Every few days a new article about the progress of transatlantic projects appears in the paper — Byrd, Fonck, Davis, Nungesser. And Chamberlin is almost certainly getting the Bellanca ready. I’m clearly in a race against time, with the odds against me. . . . .

Note: All the competitors failed or died before Charles Lindbergh’s successful flight across the Atlantic.

“NEW YORK, April 16.— The big trimotored Fokker monoplane which Commander Richard Byrd and his crew were preparing for the transatlantic flight between New York and Paris crashed at Teterboro airport at 6:00 o’clock this afternoon. The machine was coming in for a landing after its first trial flight when it over-turned, injuring three of the four members of its crew. The accident may force Commander Byrd to abandon his plans for a transoceanic flight this spring.”

“Good Lord! She’s been reading the newspaper stories that say I’m likely to crash on takeoff, like Fonck and Davis, or be lost at sea, like Nungesser and Coli” —

[“Trans-Atlantic flight disaster. Captain Fonck’s New York – Paris plane crashes within a few moments of taking off and in an instant becomes a raging inferno”. — wikipedia]

“There was a breath-taking moment during the long take-off”, when Captain Nungesser tried to lift his machine, but failed. He was successful, however, on the next attempt. . . .Step by step newspaper headlines follow Nungesser and Coli from their takeoff” at Paris, only to have them vanish like mid-night ghosts. Now no one seems to be sure that they were ever sighted after their plane left the coast of France. Accidents, delays, and tragedies have combined to leave only the Bellanca poised for the New York-Paris flight.”

“NEW YORK. April 24.— The Bellanca transatlantic monoplane narrowly escaped disaster today when part of the landing gear tore loose on take-off. Only Chamberlin’s great skill as a pilot saved what might have been a serious accident. He landed so gently on the one sound wheel that only minor damage was sustained by the Bellanca.”

“HAMPTON VA., April 26— Lieut. Commander Noel Davis and Lieutenant Stanton H. Woosterlost their lives today on the last of the trial flights of the huge trans-Atlantic plane in which they were to attempt a flight to Paris next week.”

“Hall is busy computing more accurate performance curves. He now estimates the theoretical range of the Spirit of St. Louis to be 4100 miles, at the most economical cruising speeds. Even with no help from wind, that would put me over Paris with 500 miles of fuel in my tanks — a reserve to ease the mind of any pilot.
To get maximum range, of course, throttle and mixture controls must be correctly set. It would help a lot if I had an instrument in the cockpit which would show my exact con- sumption of gasoline with each different adjustment of the engine. I’ve tried to get such an instrument both through the Army and through commercial companies, without success. Apparently there is no satisfactory fuel-flow meter for air- craft. So I’m designing one myself. It’s light and simple, and maybe it will work.”

“Is aviation too arrogant? I don’t know. Sometimes, flying feels too godlike to be attained by man. Sometimes, the world from above seems too beautiful, too wonderful, too distant for human eyes to see, like a vision at the end of life forming a bridge to death. Is man encroaching on a forbidden realm? Is aviation dangerous because the sky was never meant for him? When one obtains too great a vision is there some power that draws him from mortal life forever? Will this power smite pilot after pilot until man loses his will to fly? Or, still worse, will it deaden his senses and let him fly on without the vision? In developing aviation, in making it a form of commerce, in replacing the wild freedom of danger with the civilized bonds of safety, must we give up this miracle of air? Will men fly through the sky in the future without seeing what I have seen, without feeling what I have felt? Is that true of all that we call human progress — do the gods retire as commerce and science advance?”