A six-part mini-series began last evening on NBC. As I watched the account, and then the additional hour of general commentary on the event, I was overcome with tears and deep sadness. One of many thoughts plagued my mind and heart . . . . Why was this account, (and sadly many others) never taught to us? After all my years of education from elementary, jr. high, high, B.A., M.A., Ph.D. — in the North — I was unaware of this horrific tragedy! 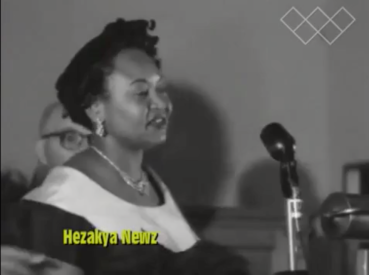 [Steve] Whitaker had grown up in Tallahatchie County, Mississippi, and knew many of the principals in the case. Whitaker, often under the cover of darkness, would drive his recognizable Volkswagen around the state, interviewing jurors, lawyers, witnesses, and former law enforcement officials.

Occasionally he would return to find threatening notes left on his windshield.

Tallahassee to the library at Florida A&M University (FAMU). As a white student in the Jim Crow South, Whitaker was not legally allowed on FAMU’s campus. But with the help of a sympathetic librarian, Whitaker would slip in through a back door and sequester himself with the library’s collection of black newspapers. On one memorable night of racial violence in the city,

Whitaker needed a personal escort from the football team just to get off campus alive.

Whitaker defended his 206-page thesis in 1963, and there it sat in the bowels of FSU’s Strozier Library for years. These days it is online and widely heralded as the most important document ever written on the Till case—though still not published, at least until now. In a case woefully in need of primary sources, Whitaker had either found them or talked to them. With a bit of persuasive “lubrication” from Jack Daniels, he talked with all the lawyers. He talked to the sheriffs, the jurors, and the undertakers. His friends and family knew Roy Bryant and J. W. Milam. He got his hands on the trial transcript as well as on the grand jury hearing. Sheriff Strider gave him all of the mail he had received related to the case. William Bradford Huie shared his notes and stories about the interviews regarding the awful confession that ran in Look magazine.” [1]

√  Then in 1988, Stephen J. Whitfield’s book, A Death in the Delta, again sought to bring attention to this tragic and unaddressed injustice.

√  In 2005, A Wreath for Emmett Till, an extensive poem, was written by Marilyn Nelson.

√  An FBI “cold case” investigation began in 2006, with no meaningful outcome or prosecution of any involved.

√  The federal investigation into the murder of Emmett Till ended December 6, 2021.

“Mamie Till-Mobley, who died in 2003 just as she a i pleted this memoir, has honored us with her full testimony; I focused on my son while I considered this book…. The result is in your hands…. I am experienced, but not cynical, . . . I am hopeful that we all can be better than we are. I’ve been broken hearted, but I still maintain an oversized capacity for love.’ ” [3]

“We cannot afford the luxury of self-pity. Our top priority now is to get on with the building process. My personal peace has come through helping boys and girls reach beyond the ordinary and strive for the extraordinary. We must teach our children to weather the hurricanes of life, pick up the pieces, and rebuild. We must impress upon our children that even when troubles rise to seven-point- one on life’s Richter scale, they must be anchored so deeply that, though they sway, they will not topple.”
— Mamie Till-Mobley November 5, 1989″ — [3] pg viiii

“His name is Emmett Till. I want people to know that he is a good boy,” says Tony Award winner Adrienne Warren as Mamie Till-Mobley in the first look at Women of the Movement. The ABC limited series is based on the real-life murder of Emmett Till and its effect on the Civil Rights Movement.

Note: “Cinema” carries a tremendous ability to do a lot of heavy lifting, for bad, but also for good. This is one of those “good” examples.  Take the time to watch part 1, and next week, part 2.

3. Flyleaf of the cover: “Death of innocence : the story of the hate crime that changed America.”