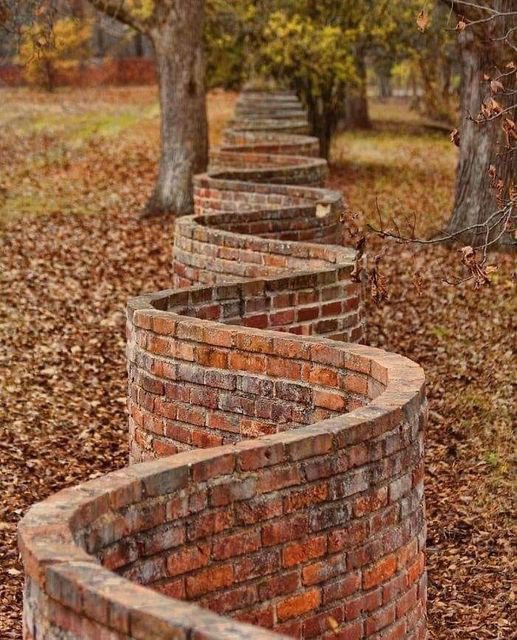 “In England, it is not uncommon to see “wavy” brick walls. Interestingly, the design uses fewer bricks than a straight wall. A straight wall that is just one brick thick is not sturdy enough to stand alone & can be easily toppled, so they generally have a thickness of at least two or more layers of bricks, & are also reinforced at regular intervals with vertical posts serving as buttresses. But a wavy “one-brick” wall stands just fine on its own due to the arch support provided by its shape, which combines both fence & buttress. Such a structure is called a “crinkle crankle wall” “the Old English version of “zig zag.”

. . . . Sometimes, the winding path is to strengthen us, so that we are not so easily pushed over by the circumstances of life, the storms that come our way. . . . .

The amount of material used in the wall is proportional to the product of its length and thickness.”