One of the aims of creating a “250 Page Manual” of rhetorical techniques, is so a speaker can flip through the various pages of techniques and examples, and generate additional content for his message.

Midst the general flow of content, there are techniques a speaker can consciously employ to develop a point, an illustration, a concept, a truth, a principle, an application, etc.

By just adding an additional word to your thinking, you can grab and present an idea in a more effective way!  This is what Vance Havner’s preaching illustrates over and over!  As you are listening to him, he grabs your mind using this technique.

If you were able to ask Havner what he is doing or how he does it, he might not be able to explain it because it just comes naturally to his mind and thinking.  If he were to seek to explain what he does, he would probably say that he runs through his mind looking for a way to frame an idea — looking for another word that goes with this-or-that word to add punch to the idea.  He’s “one word away” from painting an image.

Vance Havner, a preacher from the previous era, demonstrates the ability to work with words in such a way as to . . . .

√  capture an idea in a terse format

√  frame a concept by “two words” which enhance the concept

To do what Havner seemingly does so naturally, one needs . . . .

a broad vocabulary along with a creative mind

some practical vocabulary tools along with mentally creative hard work.

Two of these practical and very useful tools include . . . .

This book lists words alphabetically.  There are also ones with 30,000 and more.  I just have this older copy which I use and when I am looking for a word that begins with “W” I am able to quickly look through hundreds of words when using an actual printed book version. 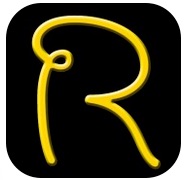 From a message on Acts – Missing Notes in the Modern Church:

There have always been speakers aplenty to discuss it. Unfortunately, their speaking usually relieves on the speaker and not the situation.

the modernists are arid, and the fundamentalists are acrid, the former lack clarity and the latter charity.

there were those who called the Early Church “exclusive,” and predicted that it would never get anywhere until it became inclusive.

We are always trying to attract.  Our programs, prizes, picnics, and pulpit pyrotechnics are aimed at drawing the people in.  The church, it has been said, is not running a show-boat, but a life-boat.

We dried up — being “resolutionary,” we need to become — revolutionary.  We are salt without savor, there is no tang, no flavor

From a message on Ezekiel 33 – Do Something About It:

They are spectators, not participants . . . . like Ezekiel’s day, complimenting the messenger without conforming to the message.

From start to finish, the Word of God joins creed with deed . . . .  it is not the Word hidden in the head, but in the heart that keeps us from sin.

But the remedy they [the prophets] propose is the only one that will work, bitter medicine though it may be.  They shock us terribly at times, be we had better be shocked than stupefied.

too often they have the facts but still lack the flame

[Their] heads may be right and hearts still be wrong

but sin — and worldliness — and neglect have closed our lips and stolen our song.

Remember, we can not only hear a speaker say something, but we can analyze or quantify what is being done!  That is where we started at the very beginning of our discussion of rhetorical techniques!  We stated that we can not only think, but we can think about our thoughts.  We can go down a level and analyze, reflect, understand, and conceptualize.

We can quantify what Vance Havner is doing.  So after we hear (read) what Havner said, we can go through the various examples and create a “template listing” which we can then use as we seek to generate ways to . . .

√  grabs the antonym of a word or thought – repel / attract

Examples of others using this same technique:

“Because the model of the New Testament is not perfection it’s progression.”

* I am not personally convinced that alliteration accomplishes much when it comes to memory or retention.  The proof may be in the reality that “most” of us probably cannot remember the main points of an alliterated outline which we heard preached.  I am not sure many can remember the alliteration of a message they themselves have given weeks ago.

** Havner is doing more than using alliterated or rhyming words — (i.e., vocation / vacation — creed / deed).  He is really calling up two words which may either begin with the same letter or which may rhyme —  but when put together create something rhetorically greater than mere alliteration or rhyme.

In fact, I believe that it would be very typical to see the audience members write down that phrase or those two words because it caught their minds in a terse, insightful, and effective way.

*** Some other examples of Havner’s use of words which reflects his grasp of the value of a broad vocabulary and creative mind.

Too long have we dwelt in spiritual half-truths, ethical fogs, and moral twilights

On the day of Pentecost, the multitude gathered amazed, confounded and perplexed.

Men have made finances and figures the test, and the church with the most statistics in its favor has been adjudged most favored of God.

Here are three examples from Bryan Loritts – Goodness & Thanks Dad:

“What’s [What is ] good does not always feel good”

“Because you’re realizing you’re enabling and not empowering.”

“When an individual is inflicted with [this], good things can become deadly things.”

“I just know that you tend to forget the things you need to remember.

And you tend to remember the things you need to forget.”