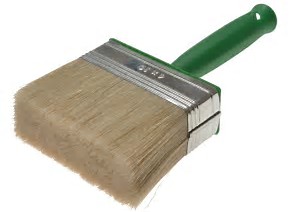 As I was listening to a message from Don Wilton this week, he caught my attention and mind at a particular point in his message.

As I have stated before, that is what you look for as you are listening to the general movement of content — What all breaks up the general flow and grabs your attention.  When that happens, I go analytical to see what was done so that I can use, not the speaker’s words or particular thought, but the technique. Midst the general flow of content, there are techniques a speaker can consciously employ to develop a point, an illustration, a concept, a truth, a principle, an application, etc.

At times an audience will focus or refocus on what you are saying if you go from a “broad-brush” to a “finer pen.”  When a speaker breaks away from broad references to more specific identifiers, an audience will often engage or re-engage . . . .

√ generally address the world, or “a specific world” of people (economists / athletes / Christians / those who know not Christ / mothers / families), or the lost world, or the church)

Don Wilton, in a message titled “Nineveh’s Story, demonstrates this same technique in a shorter, yet still profitable manner.  He does this two different ways in his message.

One way is to include the “finer pen” after an adjective and allow the second word to be the specifier.

“Everybody matters, because everybody to matters to Jesus

Another way is to use the different “this-and-thats” to lay out the specifics.  Wilton highlights various specific activities in the local church — “Because, what you do matters . . . .”

People listen differently when you become more specific because they are looking for the category they fit into or come close to fitting into, within the list of possibilities.

Over time, it is useful to create various lists that you can flip to, and over time your mind will add to and use and reuse the various specifics of that list when you are speaking.

For instances, create a list of life situations . . . . Let me give it a try and I am certain that you will be able to add to it as you think about the various people, families, and life troubles of your congregation.

Some here today have sought for that peace God’s promises His people — as they were going through . . . .

Here is Howard Hendricks running a specific list of possible people in the audience.

He’s given you everything you need.