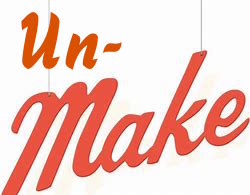 We could call this rhetorical technique — “Un-making The Opposition’s Case.”

In one sense, because Dominic Smart knows where he is going, he is setting up the listeners for a counter-argument which some may be or may not be making.

He is going to properly portray the people of the Exodus as those who wanted to go back, turn the clock back in spite of having the clear and awesome promises of God.  The promise given to Israel is “in black and white”  (hold on to that phrase).

You know what the people said

You remember what the people said in – in Joshua -in Numbers Chapter fourteen? — if only we had died in Egypt or in this desert.

They wanted to turn the clock back.

It seemed to them – preferable – to go back to Egypt than to move forward to where God had promised.

Now at this point, some of you are sitting there and saying – Oh that’s all right Dominic — but God had promised that the people were going into the land

and He promised them a land flowing with milk and honey and that was a promise given to Abraham, Isaac, Jacob and all the rest.

So that was the promise of God that they were working on  — we’ve actually got it in black and white in our Bibles – here Dominic!

whereas the promise that governs …(Gilcomston)..  that’s a different kind of fish – maybe that’s you Dominic – just being a space head.

Then Smart makes the case that they have been given promises, just like Israel.

The question is — Do we believe it?

Do we believe that when we go out with the gospel and invite people in – to hear the gospel – that the Gospel really is God’s power for salvation.

Then, several minutes later, Smart states a possible reason for dismissing or marginalizing his point.*  Smart states a different counter-argument, and one more time he drives home his point with the same phraseology  (“in the Bible”).

“Oh [some might say], Maybe it is the day of small things.”

But “I will build my church and the gates of Hell will not prevail against it” – that is there!

*Some might call this a “straw-man” argument – if it is not actually or generally held or stated by “some.”

That phrase “the day of small things” – Zech 4:10 – is found in the Bible, but as Smart states, such a comment would have to be taken out of its context to apply it to the growth of God’s church.