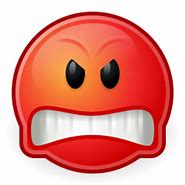 Not Everyone Is On Board With You

There are topics, positions, approaches, vantages which have the potential of creating antagonism-to-caution.  One of the responsibilities of a speaker is to be aware of the likely position and thinking of his audience concerning his message.

There are steps a speaker can take to mitigate any potential resistance to his message.  Some steps include . . . .

√  Just indicate that you understand there are differences.  That alone will help disarm some resistance.

√ Make whatever references you can to points of agreement in order to communicate that we are really not that far apart. *

√ Invite those who might disagree to talk to you at the end of the occasion while inviting them to consider your thinking at the moment.

√ Mention the most likely opposing position(s).  For the most provoked, if he/she could, he/she would like to debate you on the spot if he/she were invited.  Such would like their view to be at least recognized and stated.

√ State the opposing position in clear and persuasive terms AND as persuasively as an opposing individual would like to hear it stated!  That approach communicates that you clearly grasp such alternate positions.  However,  it also indicates that you not only understand the strength of arguments but that in spite of that, you still are not persuaded!

√ Make your strongest arguments and/or reasons for holding your position, upfront / first.

Dominic Smart seeks to “de-escalate” any audience resistance in a message on the book of Ruth. [I know — I am on a Dominic Smart “Binge.”  I will admit that he is a great speaker and insightful Bible teacher!]

To be unaware of or to ignore the potential “argumentative mental engagement” of one’s audience concerning any particular speech or message is the mistake of a novice, not an experienced speaker.

If you are self-aware as a speaker or preacher, you yourself know that when you assume the position of a listener, you are “pushing back.”  Even when it comes to a topic or passage on which you would hold the same general position, you may well be listening with caution — no less when there are some marked differences as to what a book or passage teaches.

In our day, listeners are bombarded by information, concepts, principles, and different positions from a wide variety of voices.  You, as a speaker or preacher are no longer the primary or sole voice [and/or the sole “religious” voice] — speaking to them.  All kinds of books, magazine articles, blogs, mp3s, and internet articles and sermons blitz your listeners!  The voices peppering people today run from. . . .

Right up front, Smart attempts to lessen, decrease, or de-escalate the potential, and/or initial resistance to his approach to “Ruth.” as conspicuous in his announced title.

“How to treat a woman”

But nonetheless I wanted to do this and I deliberately chose this somewhat alarming title.

BECAUSE  and this is sort of a – in one sense –  an answer to the anti-romantics who have handled the Book of Ruth in various places and in various books.

BECAUSE as far as God is concerned, He regards His church – in the way that a man should treat a woman.

we need to focus on the romance

we need to take the love seriously

we need to understand not simply that we have the kinsman redeemer in Jesus Christ but how he redeems.

we don’t have to import some sort of Victorian romanticism into it.

And it is just one of those practical things as well – as we look at the character of Boaz and as we see how he treats Ruth – in the story – there are just so many practical lessons about how to treat a woman.

Note: Also notice how Smart uses the words “how” and “that.”  He then connects that insightful argumentative comment in “B” with the word “how” later in “C.”

* i.e. — Smart’s reference to the “historical biblical context” is an example of this.

** If you listen to Smart’s entire message (link) you will see that Dominic Smart rejects the approach of Boaz being a type of Christ.  Rather, he sees Boaz as a reflection of the principle of community found in the Godhead.