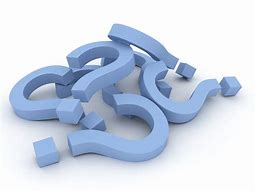 “The hardest part of stealing a commercial plane from an international airport was already over for Richard Russell.

Russell, a ground services worker for Horizon Air, was permitted to get very close to passenger aircraft. And part of his job was to drive the tractor that backed the aircraft into position for takeoff.

He spun a plane around Friday evening without raising suspicion and climbed aboard with 76 empty seats behind him. He would have flipped overhead switches and set the propellers of the Bombardier Q400 spinning before he roared away from Seattle-Tacoma International Airport.

It’s not clear whether Russell, 29, had ever really flown a plane before. But that flight was his last

Russell flew wild loops over Puget Sound, screamed low over frightened onlookers and had existential — and, at turns, bizarre — chats with air traffic controllers as two Air Force F-15 jets gave chase. Then, about an hour after he took off, Russell plunged into sparsely populated Ketron Island 25 miles southwest of the airport, sparking an intense fire..”

Graduated from Wasilla High School in 2008

Started a bakery in Oregon, with his wife, in their early twenties (which operated for three years).

NORTH BEND — A year ago — when Hannah Russell entered the Oregon Coast Culinary Institute — she made two vows: She would never get married, and she would never open a bakery.

“It’s proof that God has a sense of humor,” Russell said, smiling. She stirred a bowl of biscotti batter at her new North Bend bakery, Hannah Marie’s Artisan Breads and Pastries. Her husband, Beebo, smiled at her from across the room.

Hannah and Beebo Russell — 21 and 22 — opened the bakery in early March, just two months after their wedding. Hannah Marie’s — located at 1948 Sherman Ave. — replaced Gary’s Bakery, which opened at the location in 2011.

Hey all! My names Richard Russell, I’m 27 and currently living in Sumner, WA with my incredible wife Hannah. I was born in Key West, Florida, and moved to Wasilla, Alaska when I was 7. I met Hannah in Coos Bay, Oregon in 2010 while we were both going to school. We were married one year later, and one month after that we opened a bakery which we successfully ran for 3 years. We decided to sell and move in 2015, because we were both so far removed from our families. Failing to convince Hannah of Alaska’s greatness, we settled on Sumner because of its close proximity to her family. I, meanwhile, obtained a job working for Horizon Airlines (partnered with Alaska Airlines) so I’m able to fly to Alaska at my leisure. In this season of life we enjoy exploring as much as possible, whether its a day (or so) trip to one of Alaska Airline’s destinations, or visiting a new area of Washington. We consider ourselves bakery connoisseurs and have to try a new one every place we go. Once I earn my Bachelors in Social Sciences I will either seek a management position where I’m at now, or possibly join the military as an officer. With this blog I hope to showcase all that I’ve learned in Ms. Newman’s Communications 210 class. — link with pictures

Family: Married in 2011 — no children.  “The Russell family released a statement Saturday evening, saying they were “stunned and heartbroken” over the incident and the loss of a man they called Beebo. . . . It may seem difficult for those watching at home to believe, but Beebo was a warm, compassionate man. It is impossible to encompass who he was in a press release. He was a faithful husband, a loving son, and a good friend,” the family said in the statement . . . . “Beebo’s intent was not to harm anyone, and he was right in saying that there are so many people who loved him.”

Worked for Horizon Air for 3 1/2 years

Cross-crossed the Puget Sound  / Seattle – Tacoma airport region for more than an hour.

Crashed and died on Ketron Island — outside of Seattle

The Words of Others:

” Russell never talked about planes or flying as a kid.”

“He was regularly alone in cockpits, for stretches that ranged from 10 to 45 minutes.”

While flying the airplane Russell said . . . . “Minimum wage, we’ll chalk it up to that . . . . Maybe that will grease some gears a little bit with the higher-ups.”

Brandon Brown, co-worker — ““Every time he’d come into work he’d always have a stack full of books.  He was the nicest guy. Sometimes you can work at places and some of the people there you’d think something was a little off with them, I never in a million years thought that about him. I just don’t understand.”

Some Of Richard’s Final Words:

“There is a runway just off to your right side in about a mile,” the controller says, reffering to an airfield at Joint Base Lewis-McChord.

“Oh man. Those guys will rough me up if I try and land there,” the man responded, later adding, “This is probably jail time for life, huh?”

“I’ve got a lot of people that care about me,” the man later said. “It’s going to disappoint them to hear that I did this…Just a broken guy, got a few screws loose, I guess.”

“Hey, do you think if I land this successfully Alaska will give me a job as a pilot?”

It’s not clear how he pulled off the intense maneuvers captured on video.

Authorities said they did not believe he had a pilot’s license. Gary Beck, chief executive of Horizon Air, told reporters Saturday that the acrobatics and maneuvers, including barrel rolls and one loop that brought Russell feet from the water’s surface, were “incredible.”

Russell told controllers midflight that he played video games in preparation, but it was not clear whether he meant flight simulators — some of which are commercially available and depict exhaustive and realistic measures to start an aircraft.

His conversation with controllers revealed limited experience. At one point, he explained that he did not know how to follow instructions to “punch in” data or how to assess his fuel consumption after takeoff. In another moment, Russell said he was lightheaded and talked about adjusting the cabin pressure, but it was not clear whether he was able to do that.

Videos posted to social media showed the other side of his skills. He tilted the wings and rumbled low over Puget Sound.

“To be honest with you, commercial aircraft are complex machines. They’re not as easy to fly as, say, a Cessna 150,” Beck said. “I don’t know how he achieved the experience that he did.” — Washington Post

Posting By Internet Users After His Death:

“He did a barrel roll in a stolen plane and went out in a blaze of glory. Will many of us have a better story to tell when we get to wherever we’re going.”

“RIP Rich. You went out the way most of us dream.”

“The candle that burns twice as bright burns half as long.”

“RIP Sky King. You seemed like a nice guy and a hell of a natural pilot.”

• lost purpose?
• What went wrong?
• meaninglessness
• fell through the cracks
• Who knew?
• “Why?”
• Ecclesiastes 1
• men are lost psychologically and spiritually
• lostness — more than one’s spiritual condition
• sometimes there are no answers
• a lot of unanswered questions
• leaving with a lot of questions
• trying to piece things together
• a family heartbreak
• unforeseen — they usually are
• great ability which crashed
• people crash and burn – literally
• sad — sad that people never knew
• tow certified, but not certified for living
• incredible, yes – – – but incredibly sad
• met at a church
• others around us feeling the same way?
• men & women: complex emotional, social, psychological beings
• “There is a runway just off to your right side in about a mile.”
• Understatement: “It’s going to disappoint them.”
• “I have a lot of people who care about me.”
• “A broken guy — a few screws lose” — no not really, it’s just lostness
• Talking about the future, but not happy with the present

One thought on “Today’s Illustration: A Lot Of Unanswered Questions Left Behind”