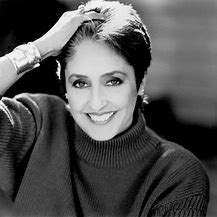 On This Day: July 11, 1959 — The First Newport Folk Festival launches the career of Joan Baez.

It was at the first Newport Folk Festival in Newport, Rhode Island, that Joan Baez’s career was launched due to the decision and action of Bob Gibson who insisted that a young singer, Joan Baez, be allowed to perform on stage.

Albert Baez:  Albert Baez, was Joan’s father, who grew up in Brooklyn, NY after having moved to the US at the age of two.  Albert preached to a Spanish congregation.  While he never became a minister, he married Joan Chandos Bridge (Big Joan), who was an Episcopalian (“Big Joan’s” father was an English Anglican Priest).  During the early years of their daughter’s life (“Joan”), they joined the Quaker church as they moved towards the pacificism movement.

Albert earned a Ph.D. degree in 1950 from Stanford University and is considered a co-inventor of the x-ray microscope.  He wrote several academic textbooks and was well regarded in the academic world of math and science.  He produced over 100 films on physics.

As a child, Joan was fluent only in English — which caused some personal rejection by her Latino playmates —  although later she did become proficient in Spanish and performed and recorded some songs in Spanish.

Joan Baez was 18 when she was asked to perform at the Newport Folk Festival in July of 1959 after being asked by Bob Gibson to sing.

“Her breakthrough performance took place at the first Newport Folk Festival on the 11th of July, 1959 . . . . Baez was invited to perform at the Newport Folk Festival by Bob Gibson, a then local start of the Folk Music Revival, who had heard her sin in one of the clubs . . . . .Her performance at the Newport Folk Festival 1959 turned into glory.  She and Bob Gibson sang two religious songs — “Virgin Mary Had One Son” and “Jordan River. . . . . ‘There was no question that she had exactly what the young, new audience was looking for.  When they came together, it was like a match and a stick of TNT — Jac Holzman of Elektra Records” — pgs 77-78

The song Baez sang for the festival was titled Virgin Mary Had One Son.

Folksingers ‘Round Harvard Square is the first album featuring Joan Baez. The album was recorded by Stephen Fassett in Boston, May 1959.

Baez’s very first album catapulted her to a successful career as a folk singer — at the age of 19.

“November 11, 1961, Baez played her first major New York concert at a sold-out performance at Town Hall.. . . . Years later when Baez thought back to that concert, she laughed, saying: “I remember in 1961 my manager sending me this newspaper (clipping) in the mail (which) read, ‘Joan Baez Town Hall Concert, SRO.’ I thought SRO meant ‘sold right out.’ I was so innocent of it all.” [Standing Room Only]

“Actually, she was influenced by Quaker teachings, as she had been ever since her family had started attending a local meeting. “What I remember first was understanding that human life came before the flag,” she says. “And that made sense to me.” Her commitment to pacifism and nonviolence was sealed in 1956 when she attended a retreat for teenagers in Monterey; it was there that she first heard King speak. “He started to talk and I started to cry,” she recalls. “I just couldn’t get hold of myself, because he was doing what we were talking about.” — final tour

“You were raised in the Quaker tradition. Does that still hold true to you?
I think probably what held over was two things. One, the Quakers are really serious about not killing anybody. It is the only religion, including Buddhist, that doesn’t follow the call to arms and accept the consequences for refusing to kill. The other thing is the silence.” — quaker tradition

“In 1967, Baez married David Harris, a draft resister. With him she had one child, a son named Gabriel Earl Harris (b. 1969). Harris was sentenced to three years in prison for draft resistance in 1969, but was released after 20 months. Unfortunately, the marriage did not survive the strain of isolation and the couple was divorced in 1971.” — WestmoW

Joan Baez was a political activist in regards to the Vietnam War and the Civil Rights Movement of the 1960’s – 1970’s.

“Tell me that violence has been a great success for the past five thousand years, that the world is in fine shape, that wars have brought peace, understanding, brotherhood, democracy, and freedom to mankind and that killing each other has created an atmosphere of trust and hope. . . . [that[] we are now at last beginning to see our way through to a better world for all, as soon as we get a few minor wars out of the way. . . . I’ll take Gandhi’s nonviolent resistance.” — pgs 163-164 of Daybreak

On April 7, 2017, she was inducted into the Rock and Roll Hall of Fame

Her most recent album release is entitled Whistle Down the Wind

Joan Baez Quotations:  see link on use of quotations

“Action is the antidote to despair.” ~ Joan Baez

“I went to jail for 11 days for disturbing the peace; I was trying to disturb the war.” ~ Joan Baez

“I’ve never had a humble opinion. If you’ve got an opinion, why be humble about it?” ~ Joan Baez

“I’ve never had a humble opinion. If you’ve got an opinion, why be humble about it?” ~ Joan Baez

“To sing is to praise God and the daffodils, and to praise God is to thank Him, in every note within my small range, and every color in the tones of my voice, with every look into the eyes of my audience, to thank Him. Thank you, God, for letting me be born, for giving me eyes to see the daffodils lean in the wind, all my brothers, all my sisters, for giving me ears to hear crying, legs to come running, hands to smooth damp hair, a voice to laugh with and to sing with…to sing to you and the daffodils.” ~ Joan Baez

“Someone had to change the world. And obviously I was the one for the job.” ~ Joan Baez

“The point on nonviolence is to build a floor, a strong new floor, beneath which we can no longer sink.” ~ Joan Baez

“If you’re gonna sing meaningful songs, you have to be committed to living a life that backs that up.” ~ Joan Baez

• another chance to get it right
• the impact of music on a culture
• music with a message
• “I can do something with that.”
• God is God
• the impact of a heritage
• civil rights
• war
• pacifism
• unrealized hopes — for an end to war
• that day will come
• the 60’s — still part of today’s hopes
• influence
• the power of music and passion
• SRO — standing room only
• Forever Young — one day, but not here and now
• rage against the night

Joan Baez refused to pay her income taxes as a protest against the war . . . . .

“IRS agents, to slightly twist a phrase, indeed knew who they were messing with, so they didn’t dare arrest her. They wound up trailing her to concerts instead, literally garnishing portions of the cash receipts from the box office to extract Caesar’s due.” — the real deal

Unlike her close friend Bob Dylan, with Joan, it was not all about fame and fortune . . . .

“Baez seems to have said, “Fame, O.K., I can do something with that.” But it was never about burnishing her legacy, but only a means to an end: to assist in the cry for safety and freedom for oppressed peoples around the world. . . . .’If people have to put labels on me, I’d prefer the first label to be human being, the second label to be pacifist, and the third to be folk singer,’ she once told an interviewer.” — the real deal

In 1959, folksinger Bob Gibson introduced a young Joan Baez to the Newport Folk Festival audience. She was quickly dubbed the “barefoot Madonna” after the two sang “Virgin Mary Had One Son” and “We Are Crossing Jordan River.” Now, 50 years later, she’s returned to the Newport stage live at Folk Festival 50.

Just one year after her first Newport appearance, Baez released her self-titled debut and began a decades-spanning career that traversed not only American folk styles, but also a broad assortment of social issues. It would become the mark of her music that it was inextricably linked to social and political change. For most of the ’60s, Baez sang about freedom and civil rights on flatbed trucks and on the steps of the Lincoln Memorial with Martin Luther King Jr.

Baez continues to fight for social justice to this day, and has revitalized her music by playing material from a younger generation of songwriters, most notably Steve Earle. He produced and wrote three songs for Baez’s latest album, Day After Tomorrow.

*LAST NIGHT I HAD THE STRANGEST DREAM

Last night I had the strangest dream,
I’d never dreamed before.
I dreamed the world had all agreed
To put an end to war.

I dreamed I saw a mighty room,
The room was full of men.
And the paper they were signing said
They’d never fight again.

And when the paper was all signed,
And a million copies made,
They all joined hands and bowed their heads,
And grateful prayers were prayed.

And the people in the streets below
Were dancing ’round and ’round,
While swords and guns and uniforms
Were scattered on the ground.

Last night I had the strangest dream,
I’d never dreamed before.
I dreamed the world had all agreed
To put an end to war.

God Is God
Some folks see things not everybody can see.
And, once in a while, they pass the secret along to you and me.

And I believe in miracles.
Something sacred burning in every bush and tree.
We can all learn to sing the songs the angels sing.

Yeah, I believe in God, and God ain’t me.

I’ve traveled around the world,
Stood on mighty mountains and gazed across the wilderness.
Never seen a line in the sand or a diamond in the dust.

And as our fate unfurls,
Every day that passes I’m sure about a little bit less.
Even my money keeps telling me it’s God I need to trust.

And I believe in God, but God ain’t us.

God, in my little understanding, don’t care what name I call.
Whether or not I believe doesn’t matter at all.

I receive the blessings.
That every day on Earth’s another chance to get it right.
Let this little light of mine shine and rage against the night.

Just another lesson
Maybe someone’s watching and wondering what I got.
Maybe this is why I’m here on Earth, and maybe not.
Chorus:
But I believe in God, and God is God.

There’s a beautiful Rose ever blooming
In the garden of God’s love for me;
It has filled all the world with its fragrance,
It will last for eter-ernity.Rose of Sharon now blooming I see,
Blessed Jesus who died on the tree;
With my whole heart I sing “Hallelujah!”
Rose of Sharon so precious to me.Precious Savior I’ll always adore Thee,
For with Thee no one else can compare;
By thy love so divine I’m enraptured,
Thou art fairer than all of the fair.

Rose of Sharon now blooming I see,
Blessed Jesus who died on the tree;
With my whole heart I sing “Hallelujah!”
Rose of Sharon so precious to me.

Are you lost in your sins– tired of living,
Is your heart filled with bitterness too?
Come to Jesus the sweet Rose of Sharon,
He has power to make you anew.

Rose of Sharon now blooming I see,
Blessed Jesus who died on the tree;
With my whole heart I sing “Hallelujah!”
Rose of Sharon so precious to me.

“In August 1963, 22-year old folksinger Joan Baez, led a crowd of 300,000 in singing “We Shall Overcome” at the Lincoln Memorial during A. Philip Randolph’s March on Washington.”

The Book:  “Popular Is Not Enough: The Political Voice Of Joan Baez