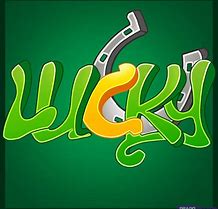 I know, there is no such thing as “luck.”

In the truest sense, there is no such thing as luck.  But when we speak of “lucky finds” we are speaking of the unexpected, serendipitous, unsought for discoveries that happen in life.

Some would consider finding $10.00 inside of an old coat “lucky find.”  However, there are some rather amazing “finds” that dot contemporary history which reflects a rather “fortunate turn of circumstances.” — Such were “lucky finds.”

On This Day: On November 16, 1992, Eric Lawes, while searching for a lost hammer belonging to a friend Peter Whatling, discovered a stash of Roman money and artifacts which totaled 4.8 million dollars.

A Superbowl ring belonging to Walter Payton was found in a couch and returned to his wife, Connie Payton (Payton had already died of cancer in 1999).

A painting that had been hanging on the wall of their home for decades – which ended up being worth $600,000

A suitcase with “O. Shindler” on the handle, found in their parent’s loft after they died in 1999, filled with papers, documents — priceless!  The suitcase was returned and now resides in Yad Vashem Holocaust Museum in Jerusalem.

An old photograph of a baseball team which was found while cleaning up her house.  She put up on ebay for $10.00 which ended up selling for $75,000.  Its value was confirmed by the  National Association of Securities Dealers.

A painting which was used to hide a hole in the wall.

“Several years later, while playing a board game, they discovered a card showing the exact same image. Inviting an expert over to check, this lucky person discovered that they were the owner of a previously unknown painting by Martin Johnson Heade, worth $1.2 million.”

Tony Marohn spent $5 at a garage sale on a box of documents and ended up with a whole fortune. Among the papers, he found an old certificate for 1,625 shares in Palmer Union Oil. It turned out that after numerous mergers, the certificate gave him ownership of 1.8 million Coca-Cola shares, valued at $130 million.

“Some of the stories behind how valuable treasures were found are just so interesting. Many times the person had no idea what they had until they did a little bit of research. Once they found out what they actually had, as you can imagine, their jaws all hit the floor.

It is stories like these that make you want to go out searching for various treasures. They make you wish you could stumble across some old artifact or pick up something at a flea market that’s worth millions. Before you start spending your hard earned cash on a bunch of dusty items, you should remember these types of treasures are not found every day. After all, there is a reason why this stuff makes front page news headlines.” — 10-lucky