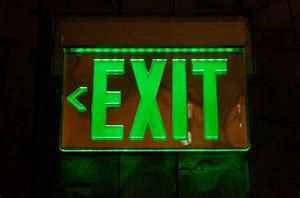 V. J. Singai 1 states that David Darst2 is one of the most articulate speakers in America today.  The reasons for such an accolade is Singai appreciation of analogies and Darst’s effectiveness in using them.

This 3-minute clip clearly illustrates Dart’s proficiency in the use of analogy!

In a three minute clip, Darst calls up multiple analogies when addressing the scandals of the business and investment markets:

WOW — what a run of analogies!

Context:  Interview about the nature of investing in today’s markets and some of the signs of a coming recession.

The Rhetorical Analogy: “I’ve been telling people . . .
Look, you can watch the movie a little longer, but you better sit near the exit.”

In this audio clip (which has been truncated in the text transcript below), Darst uses a movie metaphor, and the moderator quickly recognizes it and personally responds to it!

I’ve been telling people . . .
Look, you can watch the movie a little longer, but you better sit near the exit.

Do you see-hear how Nicole immediately connected with the movie analogy?

It was because an analogy is a “rhetorical shortcut.”

√ made the point
√ in a clear way
√ in a few words
√ using a visual image
√ which connected with a common experience!

A speaker could also run out the analogy a little further — now or later.

“The movie is going to end rather abruptly.”
“The movie will not be telling the story you thought.”
“You along with others will be running for the exit!”

Let’s Duplicate It!:  You could take that “exit analogy” and work it a different way by going to a more general reference to “exit signs.”

“Have you seen those “exit signs” usually positioned above the doors of public buildings.  Whether it be in a classroom, auditorium, shopping mall, hospital, child care center — they are everywhere!  Because people have to know how to get out, quickly — in case of an emergency.

In fact, there are even — “This Is Not An Exit” signs because it is easy to assume that a door leads somewhere “out of” where you are.  But it may be a closet door —  or a door which goes deeper into the building.

When you begin to wander away from the Lord, those exit signs begin to be fewer and fewer.  Most doors will lead you deeper into the problems you are facing and some doors will walk you into a closet.  Satan will even turn off a few of the exit signs so you can’t find out how to get out easily or at all.

When you begin walking away from the Lord, Satan will make sure that you are not near the exits.   He will convince you that you can’t even get out of this mess.”

1. V. J. Singi has a “B.Tech” in civil engineering from IIT Delhi and an M.B.A. with Distinction from Northwestern University’s Kellogg School of Management.

A winner of numerous public speaking contests, V.J.’s opinions have been published in The Wall Street Journal and The Economist, and aired on the BBC, CNN Headline News, KTRK-TV (Houston’s ABC affiliate), and KIAH-TV (Houston’s Channel 39).

He is the author of The Articulate Professional, a book endorsed by top corporate executives; Words of the Month, an Internet feature which, until June ’09, when AvantGo changed its business model, was that Sybase company’s most popular educational channel with over 176,000 subscribers; and a blog.  — (taken from his blog)

2 thoughts on “Analogy of the Day: “One Of The Most Articulate In The Land””