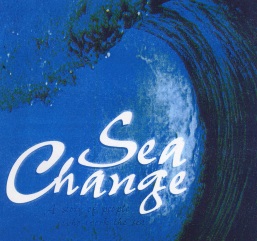 It’s A Gospel Of Change — Down To The Dirt!

Perhaps the most recent homiletical wrong turn was due to the work and writings of contemporary men such as Sidney Greidanus.

A “sea-change” hit the discipline of preaching when homiletical authors picked up his narrow approach to the Scriptures.

This turn is exemplified in an article which was written by Bryan Chapell.1

The Holy Spirit wants preaching to be the “expounding the grace of God in all the Scriptures.  When we do so there is always an implicit story:  God always comes to the rescue.  When we preach grace from all the Scriptures, our consistent story is God is the hero of the text!”

Week after week I told the imperfect people in my church to “do better.”  When God’s people only hear the imperatives of the Word, they are forced to conclude that their holiness is a product of their efforts.  What I needed to learn was that the cure was not preaching less of Scripture, but more.  In particular, I needed to learn to preach each text in its redemptive context.”

No Scripture is so limited in purpose as only to give us moral instruction or lifestyle correction.

I am grateful — eternally grateful — for the early writings of Sidney Greidanus, who began to help me understand this way of looking at the text . . . . 1

The clear thrust of this early article —  and many articles, presentations, and books since —  is that the “penal substitution element” of the Gospel should be the repeated sermonic focus — link.

√  The title of Chapell’s 2009 article (God Is The Hero Of The Story)
√  Chapell’s praise of Sidney Greidanus
√  Many statements within the article . . .

i.e. — “I am not saying that moral performance and doctrinal correctness are unimportant, but us getting ourselves straight is not Scripture’s ultimate aim.”2

. . . . all support and argue for a homiletic which focuses on the substitutionary sacrifice of Christ and a distortion-warping of sanctification.

Chapell argues for a focus which has overwhelmed today’s homiletic — that the focus of the sermonic content should not be “moral instructions” and/or “lifestyle corrections.”

As I have previously and repeatedly stated . . .

The redemptive work and/or penal substitutionary sacrifice of Christ is not found in all each and every passage of Scripture.

The reverse of such an approach would be to give a Gospel invitation after a message from I Samuel 25 (Abigail, Nabal, and David) or  James 1:1-8 (falling into various trials).   There is no Gospel content without forcing it into such passages.

You can not and should not force the work of Christ, the Gospel, into the passage if the writer did not choose to do that.

The passage may assume the work of Christ and the power of the Gospel, but the writer’s homiletical focus is on what was included and written.

The writer knows how to purposefully bring the work of Christ into a passage . . . as was done in Romans 12:1ff

Where do you find it in Proverbs 13?

The “moral instruction” and/or “lifestyle correction,” laid out in Proverbs 13, assumes the work of Christ, but excludes redemptive content.

However,  while His redemptive work was unknown to the OT saints, they were still challenged to change the way they lived life!

Scriptural passages such as Proverbs 13 / I Samuel 25 / James 1:1-8 / etc. do not address the substitutionary work of Christ.  They address lifestyle changes which mark believers who have already responded to the Gospel message.

I maintain that God is still the Hero of Proverbs 13 — and every other passage which never comes close to mentioning the work of God on Calvary.

He is still the Hero — not because He or His redemptive work is found within the passage — but because the Gospel is designed to reach down to all and everything which has been affected by the curse — down to our selfish lives and living — down to our immoral choices — down to the dirt!

He is the Hero because the Gospel is designed to affect our morality, our lifestyles, the way we live life.

The moral instruction in such passages is what we understand to be the work of sanctification.

God Is The Hero:

Yes, God is the Hero of the Gospel — as seen in the penal sacrifice of Christ on Calvary’s cross!

♦  God is also the Hero of the story when we are less like the world around us.

♦  God is also the Hero when we are more Christlike.

♦  God is the Hero when we are progressively sanctified.

♦  God is the Hero when God’s people wrestle with sin in their lives.

♦  God is also the Hero when His people battle against unrighteousness.

♦  God is the Hero when we show His love and selflessness.

♦  God is the Hero when we show Christlikeness in our marriage.

♦  God is also the Hero when we share the Gospel with others.

Yes . . . God was the Hero when He paid the whole bill for our sin.

♦  God was also the Hero when Esther decided to approach King Ahearsus,
when she said, “If I die, I die,”
when she realized that she was there for such a time.

♦  God was the Hero when David believed that He could defeat Goliath,
when he thought that if God can deliver him from the bear and the lion, then He can deliver Goliath into his hands,
when he picked up five smooth stones from the brook.

♦  God was the Hero when Ruth decided to return to Bethlehem with Naomi,
when she gleaned in the field of Boaz,
when she slept at the feet of Boaz.

♦  God was the Hero when Daniel made the decision not to eat the King’s meat nor drink his wine,
when he continued to pray three times a day,
when he interpreted Nebuchadnezzar’s dream because there is a God who could reveal it.

♦  God was the Hero when Shadrack, Meshack, and Abednego refused to bow down to the image,
when they said to Neburadnezar that God would deliver them out of his hands.

♦  God was the Hero when Abraham when he believed God
when he asked Sodom not be destroyed if there be 10 righteous in the city,
when he was willing to offer up Isaac

♦  God is the Hero when we refuse to let anger rule our thinking and behavior,
when we recognize that we are angry because we are not getting our way.

A biblical homiletic is not marked by a repeated, constant, and/or forced focus on the work of Christ.

A biblical homiletic is not marked by the ability to state over and over — “He is the Hero of this passage because He has made it all possible by His work on Calvary.”

Yes . . . He has made it all possible by His penal substitution on the cross of Calvary!  But that work is not the focus of every portion of Scripture.

It will be eisegesis, not exegesis, which creates such a repetitive focus and this strained homiletical approach!

This wrong turn may take preaching off the main road and over a cliff.

This wrong turn may produce a Gospel which misses the sanctifying work of Christ.

The Gospel includes
a sanctifying work
which changes lives
and
will change this world
down to the dirt!

While Chapell’s statement includes some weasel words, leaving open the defensive response that he is not saying that the Scriptures provide no moral instruction or lifestyle correction, his article argues for the “Christological” approach to preaching.

The use of “weasel words” and disclaimers (“I am not saying . . . “) insulates one from legitimate and honest criticism.  It allows one to say that they are not saying what they really are saying.

2. “Scripture’s ultimate aim.” ???  — or — The Gospel’s ultimate aim?
The purpose of God’s revelation (Scripture) isn’t to change us into His image?
Sanctification is not God’s ultimate aim?
Holiness, by which no man shall see the Lord, isn’t the reason for His work from Genesis to Revelation?