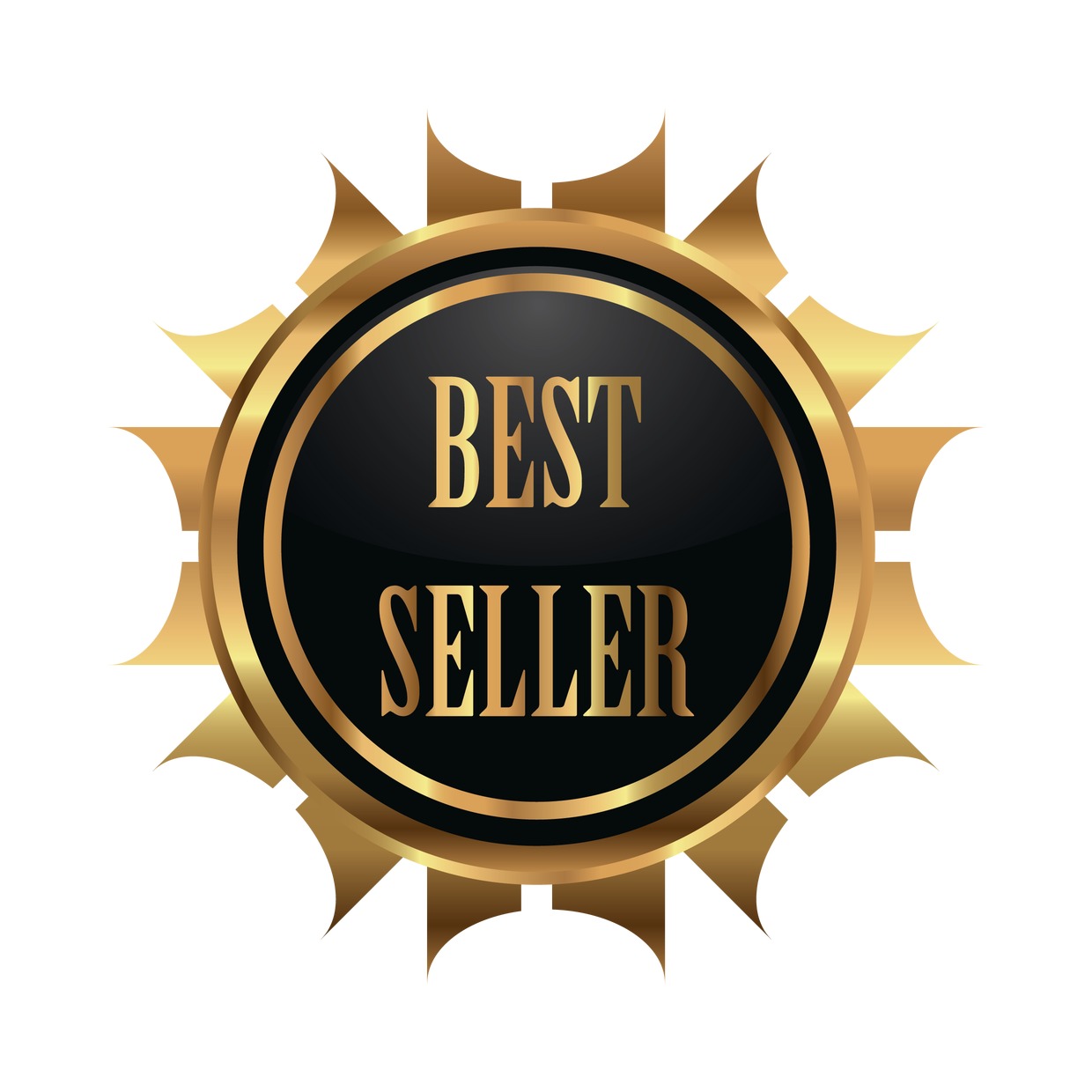 This series by Dr. James Merritt is our top selling sermon series so far this year! When I look at the purpose behind the series, it’s no wonder it is so popular.

The topic James Merritt hits on is one that resonates with pastors, church leaders, lay leaders, members of your church, and those who are not yet believers. It is a topic that we can all preach on, and by God’s grace, we will see lives transformed.

We will see why this series resonates so well with so many church leaders. All we have to do is ask:

“What in the world does God want from me?”

James Merritt answers this question in four sermons, and they are timeless truths that can impact every one of us. I hope you take the chance to download these four sermons and see how preaching on this topic can influence those in your church in a tremendous way.

Without signing up for such a service, I decided to look at the beginning of Merritt’s four messages . . . . .

The introductions can be seen below or viewed by the link they provided.

#1) All of the introductions are interesting.  They catch your attention!

#2) The first two introductions are similar in that they call up unusual and/or funny material.

#3) The third introduction — “Obey Me” — is too risque for my taste.  I would never use it in a general (probably not even in a specialized) sermon series.

#4) The fourth introduction — “Glorify Me” is insightful, educational, and/or eye-opening: There are only six questions which have ever been asked.  Never thought of it that way!

They all introduce the general topic.
They bring the audience into the theme of the message.
They are “standard fare” in approach.
They provide a starting point, which is far better than “Turn to the book of . . .”

It is to say that when you take this introductory approach, understand what you are doing.  You are only introducing your message in a broad and very general topical method.

Such introductions are open to a wide range of possible materials, all which will smoothly flow into — “you want to know.”

For Instance:  I could introduce Merritt’s message, using the words of the Secretary of Defense, Don Rumsfeld as he was responding to Jim Miklaszewski  (midst the Iraqi war) . . . .

During the Iraqui War, Donald Rumsfeld was being question by the press about what they knew and did not know.

“Reports that say that something hasn’t happened are always interesting to me, because as we know, there are known knowns;

♦ There are things we know we know.

And if one looks throughout the history of our country and other free countries, it is the latter category that tend to be the difficult ones.” 1

Fortunately, while there are things that we as believers do not know, we can know.  We want to know, and God has revealed them so that we can know.

With general thematic introductions, a number of different yet similar introductions work because you are only introducing a topic or a theme.

Merritt’s four introductions are general thematic introductions.  Therefore, there are a variety of different stories, quotes, fictional or historical examples, etc, which have the same potential of ending up at — “We want to know, and we can know what God has for me, for you.”

Typically, when a speaker or preacher uses this approach, his mind is considering different materials and/or means of leading to that “introductory applicational thematic statement” — “What does God want for me?”

You could easily change up these four introductions because they are all thematically similar.

There are ways to do more than simply introduce the theme.

There are other ways to introduce a message.

There are ways to bring the audience into the BigIdea of the passage.

DONALD RUMSFELD: Reports that say that something hasn’t happened are always interesting to me, because as we know, there are known knowns; there are things we know we know. We also know there are known unknowns; that is to say we know there are some things we do not know. But there are also unknown unknowns — the ones we don’t know we don’t know. And if one looks throughout the history of our country and other free countries, it is the latter category that tend to be the difficult ones. And so people who have the omniscience that they can say with high certainty that something has not happened or is not being tried, have capabilities that are — what was the word you used, Pam, earlier?

PAM HESS: Free associate. [The phrase “free associate” came earlier in the press conference in response to a question about drones.]

DONALD RUMSFELD: Yeah. They can do things I can’t do. (laughter)

The Four Introductions of James Merritt, “What In The World.”

1. Somebody asked me one time, ”What is the difference between ignorance and apathy?” I told them, ”I don’t know, and I don’t care.” I recently came across a list of some things that you just don’t need to know. For example, you don’t need know

2. If you are like me you didn’t know any of those things and now that you know them you still don’t care. I believe there is one thing, that assuming there is a God, particularly if you either believe you have a relationship with God, or you would want a relationship with God, you would want to know. I am not saying this is the only thing you would want to know, but it is certainly one thing and that is – ”What does God want from me?” Let’s face it, every time when we pray it is because we want something from God. We want God to do something for us. Have you ever considered the question, ”What does God want from me?”

3. We are beginning today a series we are calling, ”What in the World?” with a subtitle, ”What in the world does God want from me?” Now let me state something obvious. There are certain things that if we are going to know about God they have to come from God and this is one of those things. On your own you can’t figure out what God wants from you. You can take some guesses, but you would never know whether you are right or not. The only way we can know what God wants from us is He would …

1. Like most of you, my mom and dad taught me early on that one of the best ways to learn is to ask questions. I believed that until I came across some actual questions that people have submitted to Yahoo. I am not making these up.

– Can I safely look at a picture of the sun without going blind?
– Are there any autographs of Jesus Christ on eBay?
– Do you think humans will ever walk on the sun?
– What happens if you paint your teeth white with nail polish?
– How big is the Specific Ocean?
– If Batman’s parents are dead then how was he born?
– What percentage of water is celery?
– How do you get YouTube to come film you?
– If I eat myself would I become twice as big or disappear completely?
– Whatever happened to Preparation A-G?

2. But one great question can more than make up for a hundred silly ones. We are in a series we are calling ”What in the World?” and we are answering what I believe is one of the greatest questions anyone could ever be asked, ”What in the world does God want from me?” When we pray, we spend the vast majority of time telling God what we want from Him. When was the last time you stopped and really thought to yourself, ”What does God want from me?” You don’t have to wonder, because God has told us.

3. Last week we said that the very first thing that God wants from us is faith. The first thing He says to anyone who comes to Him is ”Believe Me.” If you come to believe in God, not just in your head, but in your heart, and place your faith in Him, then the very next thing He wants is your love. After He says, ”Believe Me,” He says ”Love Me.”

4. Now you obviously are not going to love God until you believe in Him, but this world is filled with people who believe in God, but don’t love Him. The single most important thing that God wants from us after our faith is love. I know that because Jesus, the Son of God, himself …

1. I have to tell you one of my all-time favorite stories is about a marriage counselor who was writing a book on happy couples. His theory was that the more frequently a couple would make love the happier that they were. He gathered together several hundred couples in a room at random, and he said, ”How many of you make love once a day?” About 5% of the couples raised their hands, but they had this huge grin on their face which was just what he expected.

3. Then he thought to slam home his point and show how accurate his thesis was he said, ”How many of you make love once a year?” A man in the back of the room began jumping up and down, clapping his hands and shouting, ”Yes! Praise God! Hallelujah!” The counselor was shocked. He said, ”If you only make love once a year, why are you so happy?” He said, ”Because today is the day!”

4. In a way, that story leads us into what we are going to talk about today, because I believe that the most joyful, happiest people on planet earth are the people who are truly loving Jesus every day. Because, it leads into something that God wants from all of us, if we love Him, He will never get it from us.

6. Understand that the only way we can know what God wants from us is He has to tell us. Now, we don’t have to tell Him what we want (He already knows it before we tell Him), but we have …

1. Only six questions have ever been asked by anyone, anywhere, in any language, in the history of this planet. No one has ever come up with a seventh question. When you ask these six questions about any topic you’ve asked every question there is to be asked. The questions are:

Now those questions may appear to be equal in importance, but they are not. There is one question in the list that truly is the most important question of all. Aristotle, the great philosopher actually helps us to figure out which one of those questions it is.

4. Almost without exception, behind every other question, eventually comes the question ”Why?” As you know, little children figure that out quickly, because that is the number one question they begin to ask. There is an old saying that says, ”He who knows how will always have a job; he who knows why will always be his boss.”

5. It really should come as no surprise that when a survey in USA Today, asks the question, ”If you could ask one question of God and get a direct and clear answer, ”What would you ask Him?” The number one question by 2-to-1 over the second question people said they …

One thought on “Rhetoric & Homiletics: There are other ways to do it.”