Who: It was built by Airbus — a European aerospace corporation

One of the largest airplanes in the world is called “The Beluga” — because it has an appearance of a Beluga Whale.  It is massive and no other plane comes close to its size!  It is not designed to carry people.  If it were used for passengers, 850 people could be accommodated — some of the largest passenger airplanes made today reach a maximum of 300-400 passengers.

The Beluga’s is different from all other aircraft because it was created and designed for a specific purpose.  AND that purpose dictated its appearance.  It wasn’t created for passengers, but for cargo — for humongous cargo — for rapid transportation of humongous cargo which would take 4-5 days by ship — and can now be transported in 12 hours.

Much of the unique appearance comes from the cockpit’s placement.  The cockpit is not on the front top but on the front bottom.  Its purpose and design make the aircraft look like a Beluga whale with a large hump/bubble on the top — here is a picture of it . . . . .

An example of the REMARKABLE creativity and abilities of man — men who are made a little lower than the angels!! 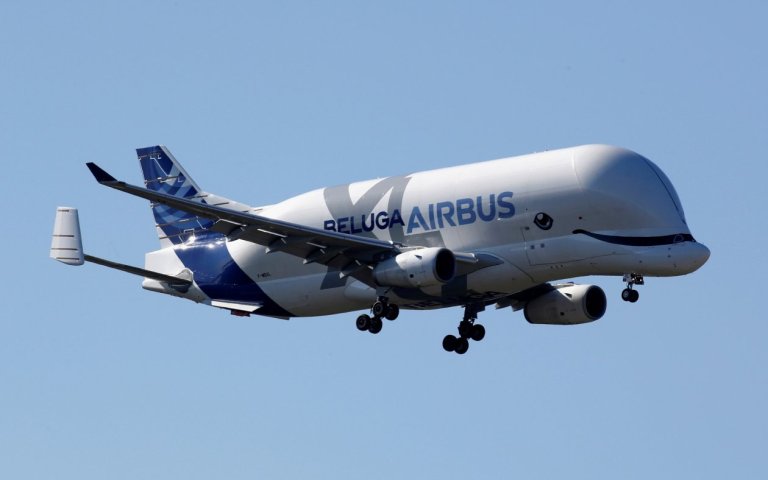 And men and women are made in the image of God — Who has designed and created every person for a unique purpose!  While many factors are the same, there are features and design elements that make us different and that is why we also “look” different in personality, temperament, stature, intellect, propensities, and even appearance.

Beluga XL: facts and figures of a ‘worthwhale’ project

Boeing’s Alternative:
https://en.wikipedia.org/wiki/Boeing_Dreamlifter
https://www.wsj.com/articles/SB116822235075569896
https://www.boeing.com/news/frontiers/archive/2005/june/ts_sf05.html
“On July 1, 2020, a Dreamlifter arrived at Salt Lake City International Airport, carrying 500,000 face masks to be used by Utah school children and teachers as part of the state’s response to the Covid-19 pandemic.”