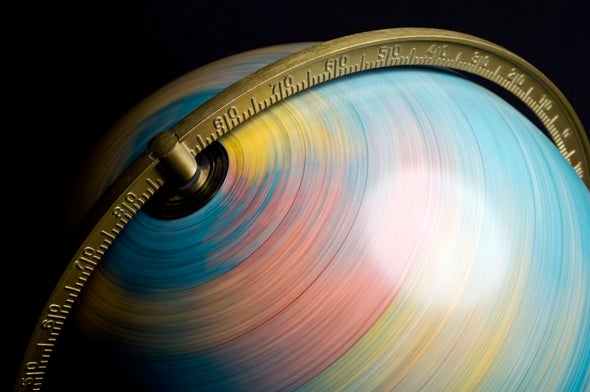 “Every so often, you are reminded about what you were first taught in elementary school. For instance, when it comes to the planet Earth — If you were standing at the equator, you would be traveling at the speed of the rotation of the Earth, approximately 1000 MPH — actually 1,037 mph! You are moving even faster if you are north or south of the equator. It sure doesn’t feel like that — does it?

We were taught in elementary school that the whole planet Earth is also circling the Sun. We are told that our planet is moving around the Sun at approximately 67,000 miles per hour, and it sure doesn’t feel like that — does it?

Because of a number of different factors (gravity, centrifugal force, angular motion), our gigantic space ride is imperceptible — it feels like nothing at all as we live life. It is only as we think about what we were taught that we are amazed and even confused at what is happening — even though it doesn’t feel like it is happening.

The Bible shares realities that are equally as amazing, though typically unrealized as we live life. For instance, there is a host of heavenly beings which operate in this world, in a very real way, but imperceptibly. . . . .

One thought on “Today’s Illustration: It Sure Doesn’t Feel Like That!”