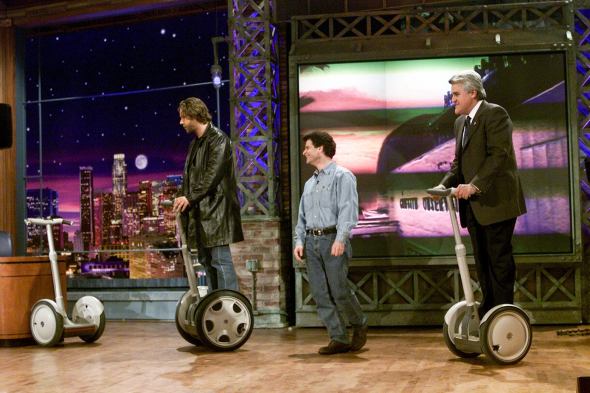 . . . . Now listen to the words of Steve Kemper, a journalist who followed the original development of the Segway  — “The machine is not totally foolproof because fools are so ingenious, as the saying goes.” . . . . .

1.  Steve Kemper:  “Steve was a freelance journalist who’d built a modest career writing for newspapers and magazines” and had been asked to write a story and a book on the Segway by Kamen.  His relationship with Kamen ran hot and cold over the years. — slate

“Never mind that, Steve said. He had another great story, one no one could scoop him on. It was about an inventor named Dean Kamen, who had made his name by inventing the drug infusion pump and the first portable dialysis machine. He was a millionaire many times over, lived in a mansion in New Hampshire, and had his own private island. Now he had come up with his greatest invention yet.

Steve had once written a profile of Kamen, and recently Kamen had invited Steve up to the Manchester headquarters of his R&D company, DEKA—for DEan KAmen—telling him, “This is the most exciting thing I’ve ever worked on.”

Now, as Rafe and I listened, Steve told us that the new technology was absolutely revolutionary. “This invention is going to change the world,” he said, his voice crackling over the speaker from his house in Connecticut. He was a mild-mannered guy, generally, but he was fervent about this. “I have complete access to the whole thing. The engineers, the designers, Dean.”

“OK, well, what is the invention?” Rafe asked.

Rafe looked up at me, eyebrows raised. “Well, how do you expect us to get you a book deal?” he said.”

You won’t find a more complete history of the Segway
— https://slate.com/human-interest/2021/08/dean-kamen-viral-mystery-invention-2001.html?utm_source=nextdraft&utm_medium=email

“Time magazine put the Segway on the cover and gave seven pages to the invention. In that story, Kamen said the Segway would be to the car what the car was to the horse and buggy. Jay Leno rode out on a Segway to do his Tonight Show monologue and then let the night’s guests, Russell Crowe and Sting, ride them too. The next week, the Segway even appeared on the cover of the New Yorker: Osama bin Laden, riding a Segway along a mountain pass in Afghanistan, fleeing coalition forces in style.

Yet despite this launch to end all launches, the Segway was not a hit. It was, of course, a flop.” — Slate