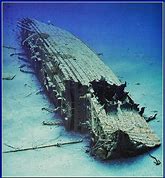 At Your Own Risk

On This Day: May 6, 1915 — The Luxury Line, Lusitania Sinks To The Bottom Of The Atlantic

“The British luxury liner, the RMS Lusitania, set sail from New York for Liverpool; six days later, twelve miles off the southern coast of Ireland, she was torpedoed by a German submarine and sank. Of the 1,959 people on board, 1,195 died, including more than 120 Americans.”

A number of passenger ships had been converted to military use during WWI.

The Lusitania was the fastest cruise ship in the world at the time — 30 mph. — nicknamed: “Greyhound of the Seas”

“Her size inspired confidence from the start, and short of comparative drawings, it is difficult to describe.  The first impression of all contemporary observes was her immense hight, which seemed to minimize her length . . . . She was longer and higher than the complete complex of the Capitol and the Senate Office Building in Washington, and a stroll around the promenade deck was marginally over a quarter of a mile.  This height, length and distinctive narrowness of beam inspired the description of “Greyhound of the Seas,” which until May 7, 1915, no one realized could also be an elegant euphemism for a ship whose beam/length rain was much like that of a canoe.” — The Lusitania – Simpson

Left Liverpool for its maiden voyage in 1907.

Was equipped with a Marconi for communication.

The Lusitania “is in itself a perfect epitome of all that man knows or has discovered or has invented up to this moment of time.” — Cunard Line

Booked to capacity — 2,000 people on board, 1, 265 passengers. — this included a large number of children and babies.

“In the ship’s nursery Alfred Vanderbilt, one of the world’s richest men, and playwright Carl Frohman tied life jackets to wicker “Moses baskets” holding infants in an attempt to save them from going down with the ship. The rising water carried the baskets off the ship but none survived the turbulence created as the ship sank to the bottom. The sea also claimed Vanderbilt and Frohman.” — eyewitness

“Travellers intending to embark on the Atlantic voyage are reminded that a state of war exists between Germany . . . and Great Britain . . . and that travelers sailing in the war zone on ships of Great Britain or her allies do so at their own risk.” — archives

“vessels flying the flag of Great Britain, or any of her allies, are liable to destruction” and travelers sailing on such ship “do so at their own risk.” — Dead Wake

• those agonizing few minutes — 18 minutes
• ship of fools?
• survivors
• two ships crossing paths — Lusitania and U-20 / Britian & Germany
• last voyage
• corporate hubris – Cunard Lines
• a cover-up
• coincidences
• miscalculations
• the sinking of a luxury liner
• the unexpected for 1,198 souls
• lost at sea
• as deadly as the Titanic
• what if’s
• at your own risk
• warned
• say not today or tomorrow we will
• war
• warning ignored

“In the diary [Captain Walter Schwieger’s diary], typed from his handwritten notes, Schwieger stated that he caught sight of the Lusitania in the distance, while his submarine was surfaced; he quickly submerged his vessel, moved into an attack position, and at 3:10 p.m., ordered the launch of the torpedo from a distance of 700 meters.

The diary chronicles the chaos and panic he observed while the ship’s crew and passengers tried to put the lifeboats in the water as the ship listed sharply starboard. The ship sank after eighteen minutes; only six of the forty-eight lifeboats had made it safely into the water.

The cause of the explosion on board the Lusitania has been the subject of study and debate since 1915. Experts tend to agree now that the explosion was caused by an industrial accident (likely the detonation of coal dust or aluminum powder ignited by fire resulting from the torpedo hit), rather than the combustion of explosive munitions on board.” — archives

“Clear bow shot at 700 [meters] . . . Shot struck starboard side close behind the bridge. An extraordinarily heavy detonation followed, with a very large cloud of smoke (far above the front funnel). A second explosion must have followed that of the torpedo (boiler or coal or powder?). . . . The ship stopped immediately and quickly listed sharply to starboard, sinking deeper by the head at the same time. It appeared as if it would capsize in a short time. Great confusion arose on the ship; some of the boats were swung clear and lowered into the water.”  —From an official translation of Schwieger’s diary” — archives

“Schwieger was an aggressive and skillful naval officer. In 1917, he received the highest honor that a German naval officer could receive. He died at sea that September when his U-boat struck a mine.” — archives Courtesy of Bundesarchiv, Freiburg, Germany

The Book: Dead Wake: The Last Crossing of the Lusitania

Book: Colin Simpson — “The Lusitania: Finally the Startling Truth about One of the Most Fateful of All Disasters of the Sea”