On This Day: This month marks — The 1906 San Franciso Earth Quake!

The damage to San Francisco and the surrounding areas was exponentially increased by the fires which broke out and the lack of water, which was due to the breaking of water mains and gas lines.

From the book “The San Francisco Earthquake: A minute-by-minute account of the 1906 disaster,” by Thomas and Witts 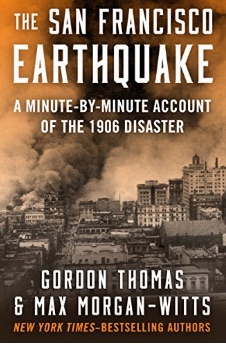 (Note: Over  300 pgs. and it really is a minute by minute account!  — It is a great, laborious, and horrific account of the attempt to save the city and the massive loss of property and life.)

“The San Andres Fault passes within eight miles of the center of San Francisco.  It is one of the great fractures of the world, a scar that runs most of the length of California.  For years now, pressure has been steadily mounting along the fault.  Whole areas of California have been slowly moving as a result of the strain.

Three times the bedrock found the pressure too great to withstand,.  Then, when the three major earthquakes occurred, the area was sparsely populated.  Most of the major earthquakes occurred, when the area was sparsely populated.  Today these areas are thickly populated.  On the average, one thousand people settle on or near the San Andreas Fault each day.  Nowhere in the United States is the density of the population great than in San Francisco and its environs.  Nowhere is disregard of the danger more apparent.

For more than ten years, the experts — the seismologists, the geologist, the structural and civil engineers — have warned the city of the impending disaster . . . . The advice is usually politely received, but all too often it is rejected under the influence of the profit motive.

To cope now with the experts’ predictions, San Francisco has a Disaster Corps Director.  He is the man the experts can talk to, while the rest of the city gets on with the real business of living.

His office is located in the downtown area, where the greatest effect of the earthquake will undoubtedly be felt.  His salary is $1400 a month, little more than a waitress in one of the city’s bars makes in tips.  He has a staff of fifteen, a budget of $160,000.”

Thomas and Witts hold out little hope that San Francisco could survive such an earthquake today and provide various critical senarios of what might well happen were one to hit like it did in 1906 — fire being one of the most serious — as it was in 1906.

“But of all the dangers, fire remains the greatest.  Chinatown is built to burn, as it was in 1906.  So are the older downtown hotels . . . . Water can be drawn from the Bay and fed directly into the mains, but what if the main’s break?”

• looking ahead
• courting disaster
• the wise man looks ahead
• the simple pass on
• ignoring reality
• running a risk
• not if, just when
• risk reward
• running in harm’s way
• disaster
• disregard
• warned / warning
• living with the risk
• it won’t happen to me
• wise man – foolish man – still today
• some are willing to accept the risk
• gain the whole world and lose your own soul

In the book, “The San Francisco Earthquake by Gordon Thomas and Max Morgan-Witts, devote a great deal of space to Enrico Caruso’s visit to San Franciso  — which highlights the notoriety of Caruso during this era and during his visit to California.

The famous tenor singer, Enrico Caruso had come to San Francisco that week to perform at the Grand Opera House.  The day after his first performance of Carmen, the earthquake hit in the early morning hours.   Caruso left the city and promised to never to return to San Francisco — he kept his promise.  He died in 1921 and never did returned over those twelve years. 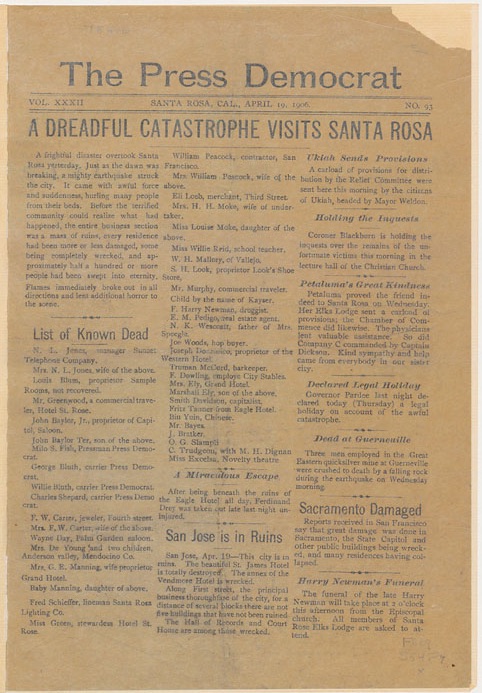 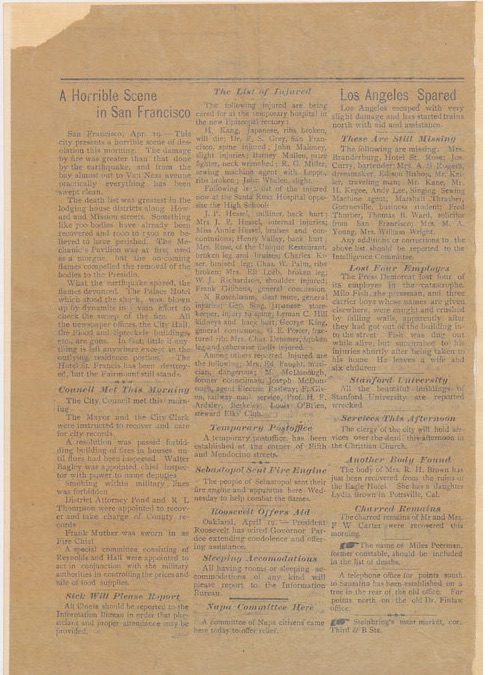