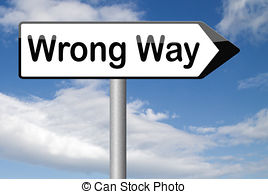 Here is where we are so far.

√  People do make a decision on where they will attend church based on the preaching of the main speaker(s) in that local church ministry.

I have often asked the question, “Can you build a local church ministry on good-to-great preaching along?”  I believe the answer is — “Almost!”  I believe I could support that position by examples in the “local church world” today.

√  Homiletical theory and teaching have taken a wrong turn.  That turn has produced and prolonged mediocre-to-ineffective preaching,  inspite of so many books, blogs, and articles on improving pulpit communication? 1

√  That “wrong turn” took place with the publication of John Broadus’ book — “On the Preparation and Delivery of Sermons,” which argued for “expository preaching.”  It connected “exposition” with the pulpit instead of the study.

Read John Broadus’ message on John 11, found in “Classic Sermons On The Miracles Of Jesus, edited by Warren Wiersbe. 2  You will find a running commentary on the obvious, a failure to drive home the main idea and purpose-intent of the passage within the Gospel narrative, and very little practical application — maybe a page and a half at the end.

√  The result has been sermon outlines and messages which speak to every word and phrase within a passage, and miss the argument of the passage, the simple point, the Big Idea which the author intended to communicate.

While the practice of wrenching out the meaning of every word and phrase was decried during the days of Broadus . . . .

“By an expository sermon I mean something more than a series of sermonettes, where a man takes a whole chapter or parable, and when he finds himself “persecuted in one verse, flees into another. . . . . it [expository discourse] often fails, because while it has explained the ark and the seven golden candlesticks, it has dealt almost entirely in facts instead of principles.  Facts are transitory, and refer to the time when they occurred; principles are eternal, and refer to all time.  From such a sermon no one goes home feeling ‘That meant me!’ ” — George Dowling, A Symposium on Expository Preaching – 1890

. . . the fact that such was decried reveals how well it was practiced in spite of the admonitions.  Like was stated, the students of Broadus may have been more to blame than Broadus.  However, it was Broadus who also separated “expositional preaching” from “rhetorical theory.”

√  There is a lost simplicity in dealing with biblical passages.  Instead of spending the time and energy on how best to communicate the simple truth taught with a passage of Scripture, the audience’s time is taken up the technical aspects of the passage.

Broadus locked in place a homiletical historical direction, perhaps misunderstood by his students, but nonetheless the mantra today is — “Expository preaching” is the only legitimate approach.”

There is hardly a book on homiletics today — within our theological circles — which does not teach that . . . .

Now I am going to get into real push back when I make the next series of comments!

When Andy Stanley — see I told you — some have dropped out already because they do not see Andy Stanley as an expository preacher (and/or some have other legitimate or illegitimate concerns) . . . .

Pushing on — I am not writing to defend this-or-that Bible preacher-teacher.  There are plenty who spend their time and space to engage in that task.  I am seeking to establish that there is a misunderstanding of what preaching is or is not.

When Andy Stanley responded to the question — “What do you think about preaching verse-by-verse messages through books of the Bible?” — he stated . . . .

Guys that preach verse-by-verse through books of the Bible– that is just cheating. It’s cheating because that would be easy, first of all. That isn’t how you grow people. No one in the Scripture modeled that. There’s not one example of that.

You will find a number of articles which state that Andy Stanley “trashes expository preaching.” — I disagree.  He “trashes” what has resulted and is endemic in the pulpit today — what has caused all the writing and books on preaching . . . .

He is addressing preaching which drags an audience through words, phrases, cultural context, theological rabbit trails, systematic theology jaunts, cross-references, jumping from this to that verse-passage — and leaving people confused — at best — and at worse — people who are still “on empty” after a week of living in the world — still without a decent meal after sitting in the dining room for an hour.

Stanley is right when he says — “that would be easy, first of all.”  Any preacher already knows that he can spawn a whole series of outlines (along with a good 40,000-word speller handbook) with alliterated points from a passage by just going word by word, by going doing “systematic theology” with the passage.  It is typically called doing “three points and a poem.”  All of us may have taken the easy route — now and again — when we were short on time or called on unexpectedly — because it is easy!

Also, Stanley is rightfully making the point that the audience’s spiritual growth is developed when they understand the argument of the passage — not the so-called “verse-by-verse / word-by-word exposition of the text.”*

Andy Stanley understands that a wrong turn was taken on the homiletical road of theory and teaching!

Before you become too critical of Stanley’s point . . .

√  listen to some of your fellow preachers
√  ask what are God’s people sincerely seeking in coming to hear a message
√  decide why there is so much being written on and about pulpit speech
√  read John Broadus’ sermon(s)!

if there was a wrong homiletical turn in theory and practice
and
who took and continues to take that wrong turn.

* Please Note: If preachers and teachers of Scripture are actually engaged in what they say they are and in what they call “exposition” — “exposing the original intent of its author, then the main idea, the seminal truth, the driving truth or principle taught by one preacher should be much the same as that of another — or someone is not saying what the passage is saying.

And yes, I understand that there may be more than one truth or principle being made in a passage.  Nevertheless, judge exposition by this standard — If the author of the passage were listening to you preach that passage, would he say — “Yes – you got the point I was making.”  or would he say — “What are you talking about?  That may be the truth, but that is not what I was saying!”

What To Do When The Preaching Is Bad 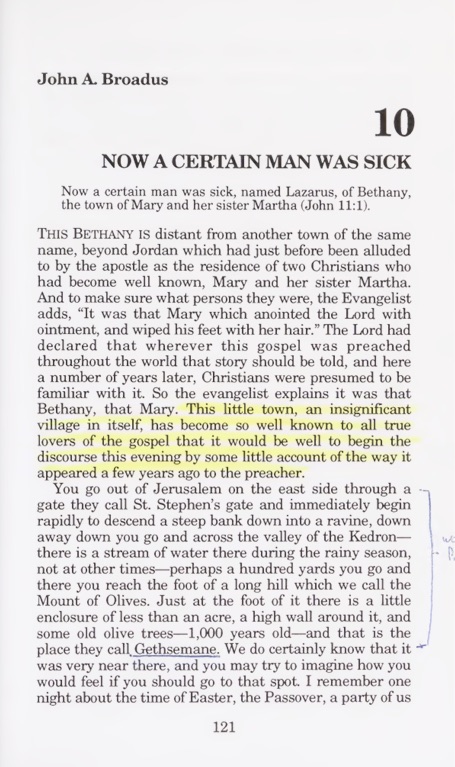 Andy: One of the things that we talk a lot about around here is what makes for a relevant environment?

There are three things:

So the two parts that relate to the sermon are:

1) Was the presentation engaging? and

2) Was the information helpful?

As a pastor we tend to err on: Is the information true? Not even helpful, but is it true? That is, if I present true information that is true to God’s Word, then I get an A. No, we are teaching the Bible, so we are assuming it is true. You don’t get any points for that. Good grief, we are teaching the Bible–it better be true! The more relevant questions should be: Was the presentation engaging? And was the information helpful? If you have an engaging presentation with helpful information, people will come back next week for more of that. If you are engaging but not helpful, after a while they will grow weary. It is interesting but I did not learn anything. If it is helpful but not engaging, then I am bored. And it may be stuff that I really need, but if you didn’t engage me, I can’t stay with you. You need to be helpful and engaging.

People who are trying to figure out communication in preaching need to figure out where do I need propping up? I may have all this great insight and truth, but if I am not engaging, then somebody needs to help me be more engaging. That may be visual aids. That may be speaking shorter. There are ways to make almost anybody be more engaging. It may be good to start off by saying, “I am not a very good communicator.” That helps. I want you to know what you are about to discover–“I am not really that good but I have some helpful information.” Now I am engaged. And as guys evaluate their preaching, those are two huge things. Is it helpful? Am I engaging?

Andy: Guys that preach verse-by-verse through books of the Bible– that is just cheating. It’s cheating because that would be easy, first of all. That isn’t how you grow people. No one in the Scripture modeled that. There’s not one example of that.

All Scripture is equally inspired, but not all Scripture is equally applicable or relevant to every stage of life. My challenge is to read culture and to read an audience and ask: What is the felt need? Or perhaps what is more important, what is an unfelt need they need to feel that I can address? Because if they don’t feel it, then they won’t address it.

So how can I make them feel an unfelt need and then make them feel like they need to do something about it? But when you do that, people are like, “Man, that is amazing. You’re brilliant.” No, all you have done is unearthed a need and you talked about it. “I have never heard anyone talk about that before.” Probably, no one has ever made you feel that before. So they talked about it, but it didn’t register because they didn’t make you feel like you needed to hear about it to start with.

I believe the true defining moment of my life as a communicator took place when I was in seminary. I was asked to do a chapel for the high school academy at First Baptist Church, Dallas. So I got the message all ready to go, and I was going to preach on the story of Naaman. And God told him to dip in the water seven times and he would be healed. I had all this great stuff. And I was sitting in my one-room efficiency apartment and I was thinking, “These kids have heard everything. They go to church all the time. They are not going to remember this. This is just another chapel. What can I do so that they can remember this? I am just going to come up with one phrase and I am going to say it so many times that they can’t possibly forget it.”

Three years go by, and I am working in the college department in the same church and a freshman walks in and says, “I remember you. To understand why, submit and apply.” He didn’t remember my name. He wasn’t even sure where he had seen me before. But it stuck in his head. And I’ll never forget thinking, “That is what I want to do for the rest of my life. I want to take all this stuff in the Bible, and I want to say it so simply that it gets so lodged in people’s hearts that in the moment of transition or temptation or whatever it might be, they think: What is that statement? What is that phrase?”

It is hard to take things down to that level…to help people see things from God’s perspective. That was huge for me. I think it defined what effective preaching or effective communication is for me. It isn’t three points or four points. It’s really one point that is somehow connected to a passage and it is connected to a life. And then you should stop talking because you are done. —